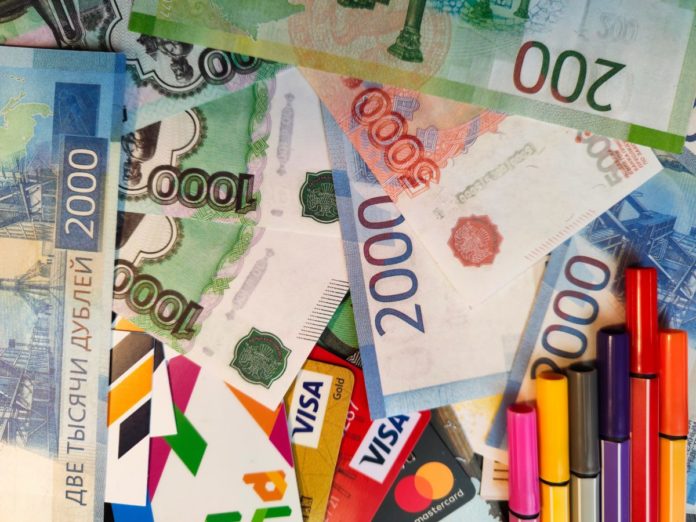 In early Moscow trade on Friday, the Russian ruble hit a five-week high against the dollar before settling in the 83-84 zone. In contrast, Russian equities rose as investors focused on developments in Ukraine and the ongoing gas payments problem.

The ruble was 0.2 percent lower than the dollar at 83.37 (RUBUTSTN=MCX) at 1319 GMT; this came after it touched 80.3325, its highest level since February 23. It was up 0.2 percent against the euro, trading at 92.31. (EURRUB). The ruble hit a high of 75 versus the dollar on the interbank market earlier this week (USDRUB) and hovered around 81 on Wednesday. On the EBS electronic platform (RUB=EBS), the ruble was trading at 83.1 to the dollar.

As the fear of a supply halt faded, European governments and corporations worked on a uniform solution to President Vladimir Putin’s demand that they pay for Russian gas in rubles. In the last two weeks, Putin’s decision has supported the ruble.

For the next six months, Russia’s central bank is loosening limitations on individual foreign fund transfers; it allowed for restricted monthly payments in foreign currency, which might help Russians who routinely send money to family abroad. According to the bank, people from nations that have backed sanctions against Russia would be exempt from the restrictions. In a note, Promsvyazbank analysts said, “This action appears to be a warning that if the ruble gains more, we should anticipate further efforts to relax currency control limitations.”

Russian market indices reached new highs for the first time since February 22 before reversing some of their gains. The RTS Index (RTSI), denominated in dollars, was up 2.3 percent at 1,042.8 points. At 2,759.1 points, the ruble-based MOEX Russian index (IMOEX) was up 2.3 percent. Gazprom (GAZP), the Russian energy behemoth, was up roughly 3.7 percent. Unless other options emerge, Russian enterprises whose depositary receipts are traded overseas will be forced to return to Russia, according to Economy Minister Maxim Reshetnikov.