At first glance, it is hard to connect mining companies with the crypto industry. However, that’s exactly what happened in the Russian Federation. Moreover, the Central Bank of Russia (CBR) is also involved in this project.

Nornickel is one of the largest mining companies in the world. Last year, the company developed the platform to tokenize palladium and began testing a digital asset trading platform. 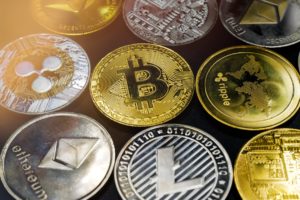 This mining company operates not only in Russia but in southern Africa and western Australia, among other countries. Moreover, Russia’s some of the wealthiest people, such as Vladimir Potanin and Roman Abramovich, as well as Oleg Deripaska, are the main owners of this company.

On Tuesday, the country’s central bank made an important announcement. Based on the information provided by the CBR, Nornickel completed a blockchain tokenization pilot. Interestingly, Nornickel developed a platform with the regulatory sandbox created by the central bank.

The Central Bank of Russia proposed to adjust the digital assets law to accommodate tokenization platforms.

Furthermore, the preform developed by Nornickel is open to all organizations. Also, it allows them to issue hybrid tokens backed by a basket of assets. This technology may be useful for companies, thanks to this technology; companies will give new investment options for their users.

The head of CBR’s fintech division Ivan Zimin stated that it was one of the biggest projects backed by the sandbox.  Moreover, he underlined the ability of hybrid tokens to adapt to demands.

According to the central bank’s high-ranking official bank proposed to amend the federal bill project, “On digital financial assets.”

The crypto industry has the potential to boost Russia’s economy. However, to accomplish this goal, Russian officials should create a more crypto-friendly environment. Crypto adoption requires time and effort from both governmental and private organizations.