Cryptocurrency scam is a serious challenge to the regulators as well as law enforcement agencies. It takes time and effort to identify such scams. Moreover, another task is to charge people with crypto-related crimes.

Recently, at the hearing with the U.S. Securities and Exchange Commission (SEC), a Texas federal judge Robert Pitman ordered bench warrants for ex-Washington state senator David Schmidt and cohort Robert Dunlap. Importantly, both Schmidt and Dunlap failed to appear in front of the court.

As a result, judge Pitman issued warrants fo ar the senator as well as the leaders who organized the cryptocurrency scam involving the Meta 1 coin.

Nevertheless, in the case of the third defendant, Nicole Bowdler, the judge decided not to arrest the Bowdler. The judge gave her last opportunity, and Bowdler has to comply by April 24. 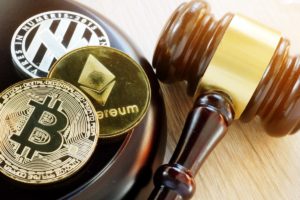 Moreover, people should take into consideration that arrest warrants are part of an ongoing case conducted by SEC regarding the Meta 1 coin. According to the information, cryptocurrency Meta 1 coin, allegedly backed by Schmidt, promised investors the coins were backed with $1 billion in fine art or $2 billion of gold holdings, without having actual tokens.

Last month more precisely, on March 16, the SEC froze the cryptocurrency assets and charged with the firm’s operators with fraud.

However, they continued to sell the tokens despite the decision of the SEC. Three defendants raised more than $4.3 million from Meta 1 “investors”.

Judge Pitman chose an arrest warrant for the Schmidt and Dunlop, over a fine due to one factor. According to the judge, the fine would not be enough to force them to appear at the court. Both of them have enough money to pay the fine.