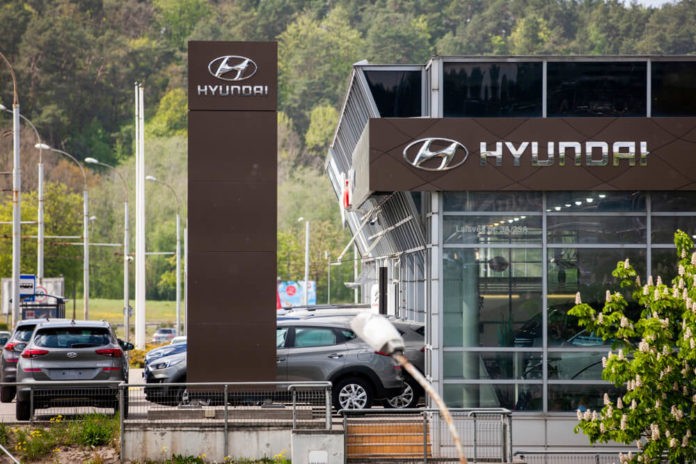 South Korea has one of the largest economies in Asia but after the Korean War, the country was struggling to deal with challenges. However, in several decades once-poor country became an economic powerhouse. It was a good day for South Korean carmakers. However, before discussing shares of Hyundai and Kia, let’s have a look at the stocks in Asia-Pacific.

Importantly, South Kore’s Kospi suffered the biggest losses among the region’s major markets. The Kospi fell 1.35% to end its trading day at 3,087.55.

Interestingly, Hong Kong’s Hang Seng index fell about 0.6% as of its final hour of trading.

In Australia, the S&P/ASX 200 dropped 0.87% to 6,765.50. It is worth mentioning that, Australia’s exports of goods and services in December rose 3% month-on-month on a seasonally adjusted basis according to the country’s Bureau of Statistics.

Let’s have a look at the shares of South Korean automakers. Interestingly, shares of Hyundai Motor gained 1.22%, and shares of Kia Motors gained 0.41%. According to multiple sources, Apple is close to finalizing a deal with Hyundai-Kia to manufacture an Apple-branded autonomous electric vehicle at the Kia assembly plant in Georgia.

Interestingly, no agreement has been reached between the two companies. Moreover, the U.S. tech giant may ultimately decide to partner with another carmaker separately or in addition to working with Hyundai.

It makes sense for Apple as well as Hyundai-Kia to work on this project. For example, in the case of Apple, the decision to build a car opens the potential to tap a global auto and mobility industry valued at $10 billion.

Moreover, it will be easier to develop autonomous cars for Hyundai-Kia. As a reminder, at the moment Hyundai is working Aptiv. As part of the joint venture, they are developing an autonomous vehicle technology, including robotaxis. However, there is no indication that the joint venture would change if Hyundai reaches an agreement with Apple. Hyundai-Kia as well as Apple have the potential to create a new car. The demand for autonomous vehicles will only grow in the future. Thanks to such cars the companies have a chance to generate additional profit.