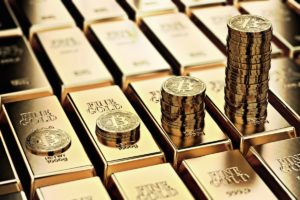 Silver moves below its main single moving averages. This white metal, used in solar panels, jewelry, and electronic components, has been down 28% in the past eight sessions. It is the worst streak since 1983.

The disruption of global economic activity coronavirus causes is weakening the consumption of industrial raw materials. Silver is already facing oversupply, and the demand outlook is worsening.

In a rush to sell gold, investors exited precious metals across the board, among them silver suffered too. Gold tumbled 11% in the five sessions through Monday. Money managers attempted to raise cash to cover losses in other assets. The precious metal is now back in fashion. Moreover, it rallied 2.7% on rising speculation that central banks will take more measures to stop market anxiety.

The drop in precious metal prices raised the concern of many analysts, fearing that there has been a coordinated movement of central banks and the Bank for International Settlements (BIS) to sink the price of precious metals. Additionally, the Investment Research Dynamics blog explains that if the cost of gold skyrockets, it’ll show the world that central banks have lost control of their flat currencies and are shooting up their debt.

It’s not the first time it happens. Such suspicions regarding the precious metals go back a long way. As early as 2005, Peter George, a gold institution in South Africa, accused central banks at a conference organized by the GATA. According to the institution, the banks had conclusively demonstrated that when it occurs a real crisis, gold actually goes down. It is so shameless that it seems like a joke.

Rhona O’Connell, head of research in the metals markets for EMEA and Asia at INTL FCStone, said that silver is primarily an industrial metal in surplus. Furthermore, market conditions are a perfect storm for the metal as weaker gold drags it lower.