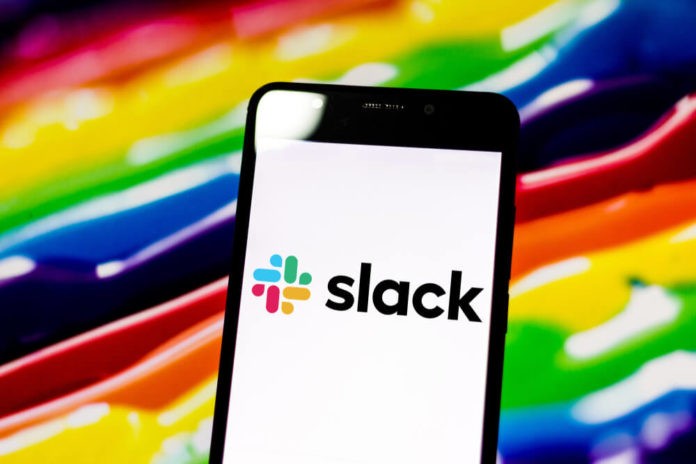 The update is now out for the beta version of Slack on Android.

Slack’s mobile apps have always tried to replicate the desktop and web experience with a single home screen. This includes a reliance on swipe-based navigation and cumbersome menus.

But now, the company is rolling out a new update on its Android beta channel. Their new update introduces a simpler and more organized Slack with major visual and user interface changes.

The update’s most interesting new feature is the navigation bar at the bottom. It now lets you easily jump to various sections of the app. That is without having to swipe, tap a tiny icon, or scan a menu of sometimes hard-to-read text.

The bar has a home screen for laying out all of your channels. From there, a user can swipe right to access other workspaces. Or swipe left to go back to the last channel you were looking at.

Next to the home tab is now a dedicated DM for accessing private messaging. Then there’s a mentions tab that more clearly organizes what used to be buried in the activity section.

On the app, it was only accessible by swiping right and tapping the button under your profile. At the right, is a new You tab that pulls up your profile for setting your status and accessing settings.

Moreover, there is now a compose button for starting a new DM. It floats in the bottom-right of the other three tabs.

Slack’s Current Version as Compared to the New Android Beta This is supposed to be a huge improvement over the current version of Slack on Android. The current Slack tends to bury features and access to vital parts of the app. Users can find them under annoying icon taps and drop-down menus.

The current version requires users to tap the workspace icon in the upper left corner or swipe from the left. That is for quick access to the channel panel.

However, the swipe only works if you’re not using the new Android Q gesture system.  The system controversially remapped that gesture to a universal back button. This was last year’s controversy over the gestural navigation system coming in Android Q.

Features like accessing the dedicated direct message tab or seeing workspaces are under the Home screen menu. A user needs to swipe to expose it.

Navigation and user-friendliness on Slack mobile have only slightly improved on iOS.  It doesn’t have a navigation bar but does have more robust swiping options for accessing various parts of the app. That is with a single finger and without button presses.

Simply put, the new Slack should be a lot faster and easier to use than what we have now. People only need to get used to how it works.

It’s not clear when Slack intends to roll this out to the public version of its app. Or if there are other changes it intends to make before it does so.

Slack’s web page says “you will automatically receive new builds of the Slack app before they become available to the public.” Users can access the latest beta version via Slack’s webpage through the Play Store.