This expansion exceeds market expectations. Also, it provided different information that contrasted with the dour results of an official survey, which became available on Thursday. This news helped to increase the Chinese blue ships rose by 1.6%.

MSCI index of Asia-Pacific shares outside of Japan reached the highest point in three months. 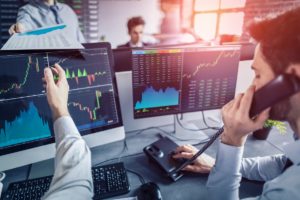 In the U.S., the fallout after the negative news regarding the trade war affected the stock indexes. The Dow Jones Industrial The average declined by 0.52%. The S&P 500 fell by 0.30%.

Another index, which is the Nasdaq Composite decreased by 0.14%.

The trade war between the U.S. and China created many problems for the stock markets. In this situation, it makes sense that market sentiment declined as investors are monitoring the situation.

This dispute started in 2018, and it is not over. The U.S. President Donald Trump announced that he would sign a phase one deal along with China President Xi Jinping. He made this comment on his Twitter account.

However, this comment was not enough to minimize the risks connected with the trade war. On Thursday, the media reported that Chinese officials have doubts about a long-term trade deal with the U.S.

On Friday, the Institute for Supply Management will release data from its survey of purchasing managers. This data will help to access the state of the U.S. economy.