One of the factors which may influence the stock markets around the world is the economy. It means that economic expansion is directly connected with the stocks.

For example, the U.S, economy in the third quarter of 2019, grew at a 1.9% annual rate. It means that compared with the first quarter of 2019, growth fell from 3.1% to 1.9%. This data once more highlights the fact that the world’s largest economy is slowing down.

The economy of the eurozone is expected to increase by 1.2% in 2020, according to the European Commission.

In the third quarter, the economy grew by 0.1%. During the second quarter, Germany’s economy contracted 0.2%. 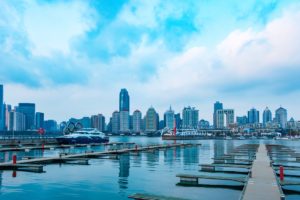 U.S. economy is struggling, and this factor would affect the dollar. It means that the value of U.S. currency will decrease in the future. The strong dollar had a negative impact when it comes to the returns of investing in overseas markets.

Danton Goei is a portfolio manager of the Davis International Fund. According to Goei, more attractive valuations would boost the interest in the stocks of Asian companies.

At the moment, the U.S. stock market continues a record-breaking rally. Nevertheless, some investors believe that international stocks will outperform U.S. stocks in 2020.

They can use a serious to support their claim, as, during the last two weeks, world stock funds brought in $8.2 billion in investor inflows.

Stock funds broke a losing streak, which started in early September. Based on the information provided by the Investment Company Institute.

U.S. equity funds, on the contrary, lost more than $10 billion in outflow over the last two weeks. Problems started a long time ago; recent outflow extended a retreat that spanned seven of the previous eight weeks.