Stocks and “Phase one” Trade Deal

Last week, the U.S. and China reached a “Phase one” trade deal. This agreement will affect some of the most important topics, such as intellectual property and technology issues. Stocks in Asia and Europe benefited from the positive news connected with the protracted trade war.

On Friday, stocks strengthened thanks to the positive news about the “Phase one” trade deal. Another news which affected the stocks came from the U.K. As a result of the parliamentary elections, the U.K.’s Prime Minister will have the opportunity to leave the European Union.

The pan-European Stoxx 600 increased by around 1.5% in the afternoon, with travel and leisure stocks gained 3.8%.

Retail stocks added 3.4%, while both banks and basic resources each gained 2.6%. 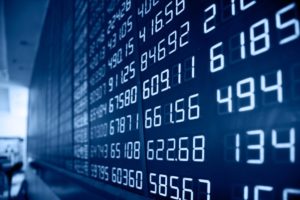 Several hours earlier, stocks in mainland China reached positive results. The Shanghai Composite added 1.78% to around 2,967.68. Another major Chinese stock, the Shenzhen component, rose by 1.71% to 10,004.62.

On Friday, the Bank of Japan released its “tankan” survey. Based on the information from this survey, business confidence among the large manufacturers fell to the lowest level in more than six years.