Stocks and the Bank of Japan

Home » Stocks and the Bank of Japan

On Thursday, the Bank of Japan decided to keep the monetary policy. According to the statement, Japan’s economy is likely to continue growing despite the problems connected with overseas economies. However, economic problems abroad, as well as domestic demand, will affect the economy. Japanese stocks declined on December 19.

Mainland Chinese stocks strengthened their positions after experiencing problems. The Shanghai composite was mostly unchanged at 3,017.07. At the same time, the Shenzhen composite added 0.21% to around 1,713.03.

In Hong Kong, the Hang Seng index decreased by more than 0.4% during its final hour of trading. The shares of Chinese tech giant Tencent which is listed on the Hong Kong Stock Exchange declined by more than 1%. 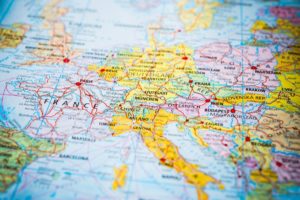 In Europe, stocks were mixed Thursday as investors have to deal with economic data and interest rate decisions from central banks.

Even the news that U.S. Congress voted to impeach President Donald Trump was not enough as markets showed a minimal reaction.

The Pan-European Stoxx 600 was mostly flat during afternoon trade. The autos fell by 0.7% meanwhile oil and gas stocks gained 0.7%.

PrevPreviousDaily Market Charts and Analysis December 19, 2019
NextThird “halving” in the history of BitcoinNext