Stock markets across the world welcomed the news that the U.S. and China agreed to scrap the tariffs as of the “phase one” deal.

On Thursday, the Chinese Commerce Ministry released information, which helped to boost the market sentiment. The ministry didn’t specify the exact timetable when countries are going to roll back the tariffs. However, the most important part of the conference is that the U.S. and China are ready to cancel the tariffs in phases.

Another good news is that a U.S. official confirmed this information. The purpose of this agreement is to remove the obstacles before signing the “phase one” deal.

This press-conference helped to alleviate the concerns as on Wednesday; investors learned that countries might not sign the deal until December. The prolonged trade war already created numerous problems for the stocks. In this situation, even a limited trade deal will be a massive victory for the countries as well as investors.

The information released by the Chinese Commerce Ministry also resonated across the world, particularly in Europe. On November 7, European stocks increased for a firth session in a row. The positive news regarding the U.S.-China trade talks had a positive impact on the stocks. 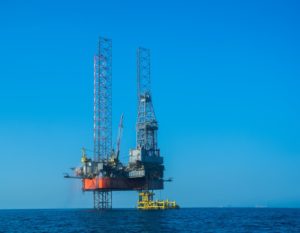 The talks about Saudi Arabia’s state-owned company and its planned IPO started several years ago. However, due to various factors, the process took longer than expected and exposed several problems with Aramco’s IPO.

The main question which remains is the valuation of the most profitable company in the world. For example, the Crown Prince Mohammed bin Salman’s opinion was that it should be almost $2 trillion.

Nevertheless, not everyone agrees with him. Palissy Advisors estimated that Aramco’s value is just $1 trillion.

There are other issues as well, such as low oil prices, geopolitical tensions, etc. In this situation, it won’t be easy to find the investors willing to buy the shares of Saudi Aramco.