Stocks in Asia ahead of Christmas

Home » Stocks in Asia ahead of Christmas

On Tuesday, stocks were mixed in Asia ahead of the Christmas holiday. Mainland Chinese stocks strengthened their positions after experiencing problems on Monday.

In Hong Kong, the Hang Seng index fell by 0.15% to close early at 27, 864.21. It is important to mention that markets in Hong Kong and Australia closed earlier on Tuesday ahead of the Christmas holiday.

As mentioned above, due to the Christmas holiday market closed earlier in Australia. The S&P/ASX 200 index gained 0.13% to finish the trading day at 6,794.20. 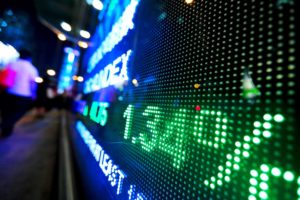 The information which came from the People’s Republic of China improved the situation. China made the decision to reduce import tariffs on a wide range of products. According to Chinese officials from 2020, it will lower import tariffs on more than 850 products.

Despite this news, mainland Chinese stocks declined on Monday. However, it is not connected with trade tensions. Strategist from the National Australia Bank, Rodrigo Catril attributed this decline to a number of issues. He noted that China must lower costs on products such as pork ad medicine. Moreover, it should emphasize its openness to the global economy.

On December 24, shares of Apple suppliers had mixed results. Shares of Taiyo Yuden rose 2.52% in Japan. However, shares of another supplier which is LG Display declined by 2.19%. In Hong Kong, Sunny Optical dropped 0.36%. Another supplier which experienced is Taiwan’s Taiwan Semiconductor Manufacturing Company as its shares fell by 0.6%.