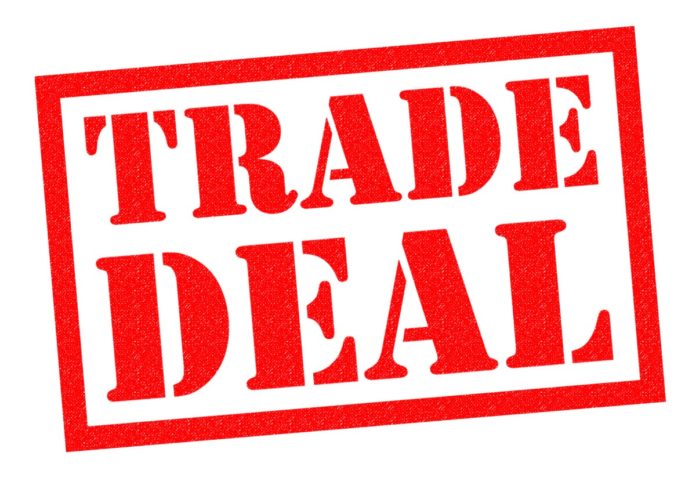 On Monday, stocks in Asia mostly increased by the close, just two days ahead of the trade deal. Investors are waiting for the historic moment. On January 15, U.S. and China will sign the “Phase-One” trade deal in Washington, D.C.

This is a crucial moment as a protracted trade war already created many issues for the stock markets.

Another company Razor also strengthened its position as shares added 8.33% by the end of the trading day. At the beginning of the month, Razor announced that it applied for a digital banking license in Singapore.

In the Asia Pacific region, Australia’s S&P/ASX 200 failed to follow the footsteps of other stock indexes. The S&P/ASX 200 declined 0.37% to close at 6,903.70. Oil stocks experienced losses.

However, gold stocks retraced some of the losses. Evolution Mining rose 2,79% while Kingsgate Consolidated gained 1.14%.

The signing ceremony and stocks

One of the major factors that will affect the stock markets is the trade deal. On Wednesday, U.S. President Donald Trump will sign the long-awaited “Phase-One” trade deal with high-ranking Chinese officials.

China’s Vice Premier Liu He will arrive on January 13. As part of this agreement, China will purchase U.S. agricultural goods. Moreover, it has to change the intellectual property and technology rules.