On Tuesday, the Shanghai Composite barely moved, and the index remained around 2,907.06.

The trade war between the U.S. and China created numerous problems for the stocks. Right now, the fate of the “phase one” deal remains one of the most debated topics. It is not surprising because the date when U.S. President Donald Trump and China’s President Xi Jinping will sign this deal remains unknown. 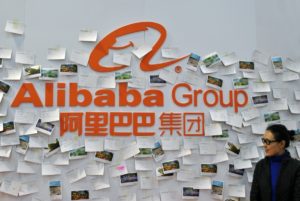 On Tuesday, the shares of Chinese e-commerce giant Alibaba increased by nearly 7% in its Hong Kong debut. The company raised around $11.3 billion in its secondary listing.

Daniel Zhang mentioned that Alibaba returned to Hong Kong. Zhang stated that the company is back to its “home.”

Alibaba’s stock code in Hong Kong is 9988. Nine and eight are important as they are lucky numbers according to Chinese culture.

It is worth mentioning that the company’s main listing venue will remain the New York Stock Exchange.

As a reminder, Alibaba considered a Hong Kong initial public offering (IPO) in 2013. Nevertheless, it had to change its plan as Alibaba was unable to secure regulatory approval from the authorities in Hong Kong.