Asian stocks gained ground on Monday after US and Chinese leaders came up with a truce in their trade dispute, a relief for the global economic outlook and a tonic for emerging markets and battered oil prices.

Trade-exposed currencies led the early gains, with the Australian dollar notching a four-month peak, while the dollar slipped to one-month lows against the yuan.

E-mini futures for the S&P 500 increased as much as 1.9 percent. MSCI’s broadest index of Asia-Pacific shares outside Japan gained 1.8 percent.

China’s CSI300 index of Shanghai and Shenzhen shares gained 2.6 percent. In Japan, the Nikkei climbed 1.3 percent to a six-week high.

“Markets are opening with a knee-jerk boost to risk appetite but time will tell how enduring the optimism proves to be,” said ANZ economist Jo Masters. “There are already very different official takes on what was achieved at the meeting.”

“But for now, both sides can claim a win,” she added. “Perhaps not insignificantly, it provides a window to export the soybean crop from the key Republican states, at least.”

China and the United States agreed to postpone additional tariffs in an agreement that keeps their trade war from worsening as the two countries try again to bridge their difference with fresh talks that must yield to a deal in 90 days.

The White House said on Saturday that President Donald Trump told Chinese President Xi Jinping in the high profile discussions in Argentina that he would not increase tariffs on $200 billion of Chinese goods to 25 percent on January 1 as previously announced. 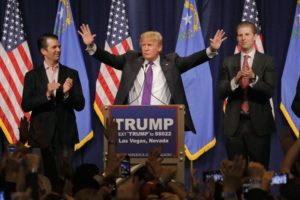 Many market players are still doubting whether the two sides can actually bridge their differences that cover a range of issues within three months.

“Technology is becoming the main battle ground. It’s not just a trade war anymore. It’s more like a technology war, in which we just found a temporary lull,” said Hiroshi Watanabe, who is an economist at Sony Financial.

Additionally, on the whole, there is still uncertainty over the outlook for corporate earnings amid signs of slowing growth.

For now, however, investors are choosing to be bullish and lifted the Aussie dollar 0.75 percent to $0.7360.

The Mexican peso gained more than 1 percent to 20.185, bolstered also by reports that newly sworn-in Mexican President Andres Manuel Lopez Obrador may reverse his earlier plan to cancel construction of a new airport in the country’s capital.

The dollar had come under pressure last week when comments by Federal Reserve Chairman Jerome Powell were taken by markets as clues at a slower pace of rate hikes.

Powell was set to testify on Wednesday to a congressional Joint Economic Committee. However, the hearing expected to be canceled to Thursday since major exchanges will be closed on Wednesday in honor of former US President George H.W. Bush, who died on Saturday at the age of 94.