The currencies are on the move. Know the most recent moves in the charts you shouldn’t miss in the forex market. Check them out! 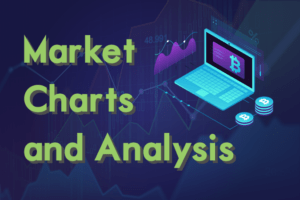 The pair will continue the second wave of a steep decline with the impending “Death Cross”. The United States and Mexico were having a better relationship with the ratification of the USMCA (United States-Mexico-Canada) Agreement and with the election of the new Mexican President Andrés Manuel López Obrador. The US and Mexico cooperated in strengthening the security patrol in their shared border, which prevents more immigrants from entering the United States. However, with the impending 2020 US Presidential Election, Trump was pressured to materialize his promise during the 2016 Presidential Election that he will build a wall with its border with Mexico. With the Democrats taking the House of Representative, Trump was having a hard time to pass key policies that he needs to be re-elected in 2020. Histogram and EMAs 13 and 21 was expected to fall down in the following days.

The pair was seen to bounce back from 50 MA and continue the upward movement, despite MA 200 and 50  being close to each other. The European Union was seen to be divided between the West and the East, with the East mostly comprising of Nationalist and former Warsaw Pact countries. The East is Eurosceptic as only two (2) countries hold the future of the European Union, Germany and France, and was accused of discriminating Nationalist and former Warsaw Pact members. Poland, Hungary, Italy, and Czech Republic, are among the countries defying the European Union. However, this current turmoil in the European Union is an opportunity for the United States to increase its defense against Russia. Former Warsaw Pact members faced Moscow, which is the Russian capital, and making these countries a member of NATO (North Atlantic Treaty Organization) would be beneficial to the United States. Histogram and EMAs 13 and 21 will continue going up.

The pair was expected to bounce back after finding support from 200 MA, and was on its way to retest a major resistance line. The withdrawal of the United States from the Syrian civil war puts its relationship with Israel on tests. Israel and the United States are the major supporters of the Syrian opposition, while Iran and Russia are the major supporters of the Syrian government. The withdrawal of the US from Syria was due to the defeat of the ISIS (Islamic State of Syria and Iraq). Israel was a major buyer of US military equipments, which means that it can’t afford to lose its loyalty to the country. On the contrary, the United States had been pressuring Israel to decline investments from China, and doesn’t want to recommit a new deal before the election is done. Israel election will be held on April 09, 2019. Histogram and EMAs 13 and 21 will continue to go up amid slow movement.

The pair was seen to have a steep decline after it failed to break out of the MAs 50 and 200, and a looming “Death Cross” was ahead of the pair. As the world advances, Africa was left behind with most countries living below the poverty line and embattled with civil war. However, with the establishment of the African Union in 2002, hope was seen that the continent will experience inclusive growth. South Africa is the largest economy in Africa and the world, and had led the union towards advancing democracy. But leading a union of 55 member countries will be challenging. The African Union had decided to turn to China for soft loans. However, it is evident that the loan will do more harm than good as African countries was expected to default. Aside from economics, Africa also faced challenges with politics. Most of the African countries had been colonized by the west, and had failed to transition towards full democracy. Histogram and EMAs 13 and 21 was expected to reverse.