The pair was defying the recently created “Golden Cross” after the pair continue its steep decline towards its August low. Yesterday, March 20, it was reported that Polish President Andrzej Duda delayed the EU’s de facto leader and French President Emmanuel Macron’s visit to the country next month as the bloc will face the European Parliamentary Election in May. The visit of President Macron was seen as the second attack from the European Union after the President of the European Commission Jean-Claude Juncker who is a Polish, called his country to shrug off nationalist candidates ahead of the election. Despite the Euroscepticism of Poland, the country also angered Russian President Vladimir Putin as he way not invited on the 80th year anniversary of the World War II in Poland, with only the Western allies by Poland were invited. Histogram and EMAs 13 and 21 will continue to fall in the following days. 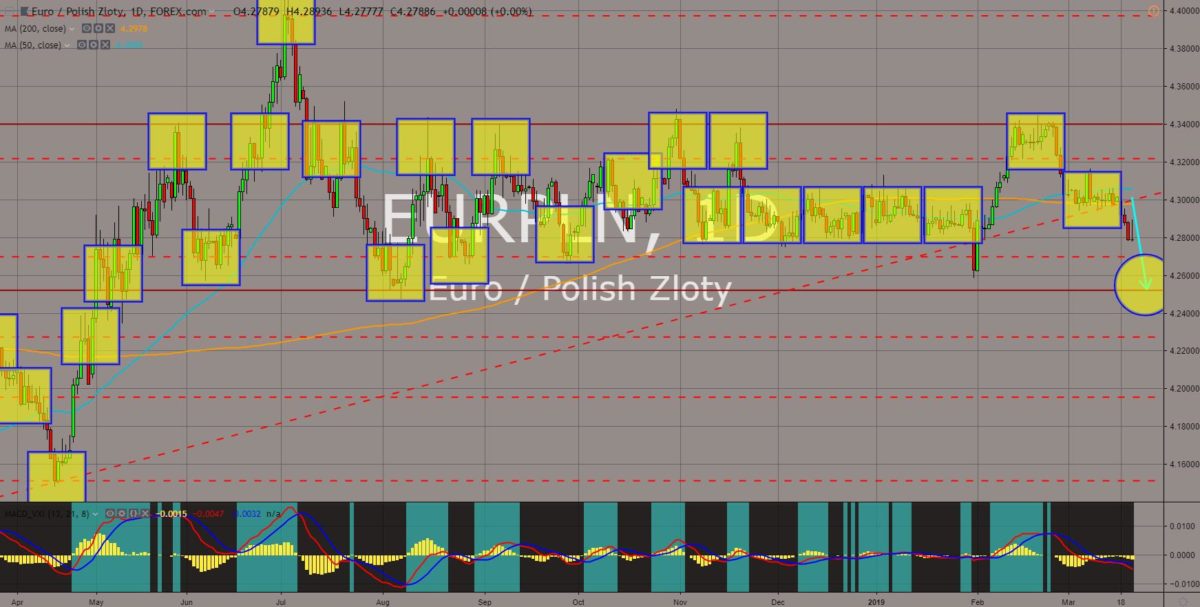 The pair found a strong support line from 200 MA after it broke down from the “Rising Wedge” pattern for the first time since April and was expected to retest its resistance line. This March, Polish President Andrej Babis and US President Donald Trump met at the White House to commemorate the 30th anniversary of the Velvet Revolution, which was a popular demonstration against the one-party government of the Communist Party of Czechoslovakia, a time where the Czech Republic and the Slovak Republic were still united. The revolution marks the end of communism in Czechoslovakia and the transformation of Hungary and Poland. Together, these four (4) countries formed the Visegrad Group. The group was now seen shifting its alliance from the Germany-Franco led European Union to the United States after it hosted the Middle East Summit arrow-headed by the US. Histogram and EMAs 13 and 21 started to reverse. 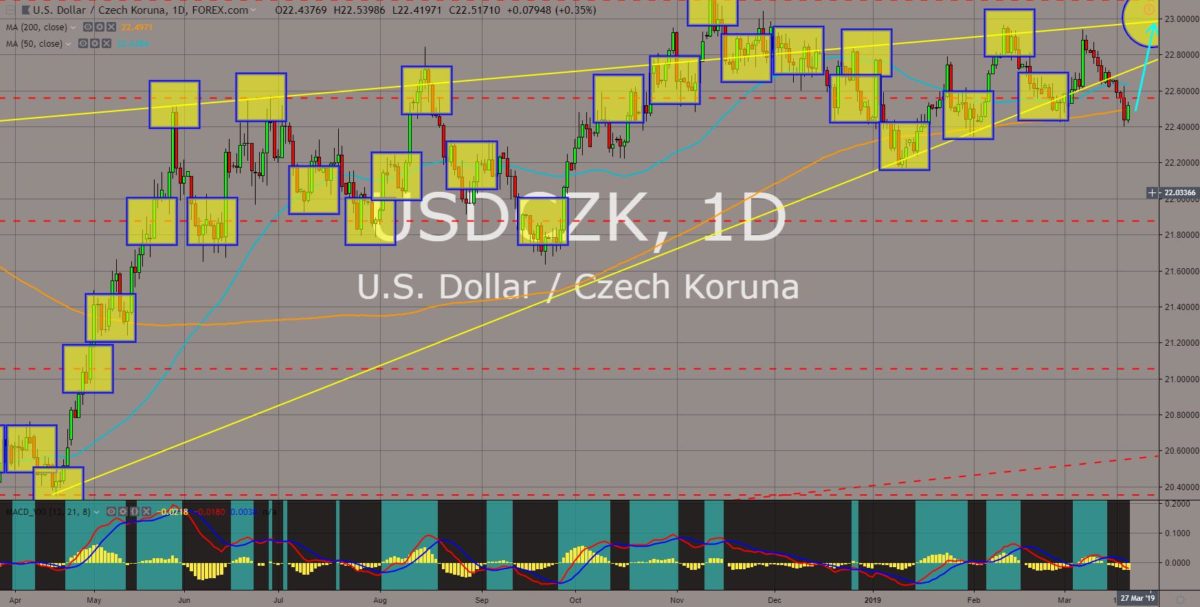 The pair was seen bouncing back from its low on the down trend channel support line to retest its resistance line. After US Secretary of State Mike Pompeo visited the Visegrad Group in February, the next Western high ranking official to meet the head of states of the group was the NATO (North Atlantic Treaty Organization) Deputy Secretary General Rose Gottemoeller. The visit was to further strengthen the defense alliance of NATO and the Eastern bloc who were former Warsaw Pact signatories during the Cold War between the United States and Russia. This will shrug off any efforts by Germany and France to militarize the European Union and stop its dependency on NATO protection. The European Union was seen breaking apart with the shifting of alliance of the Visegrad Group and the withdrawal of the United Kingdom from the bloc. Histogram and EMAs 13 and 21 was seen to start reversing. 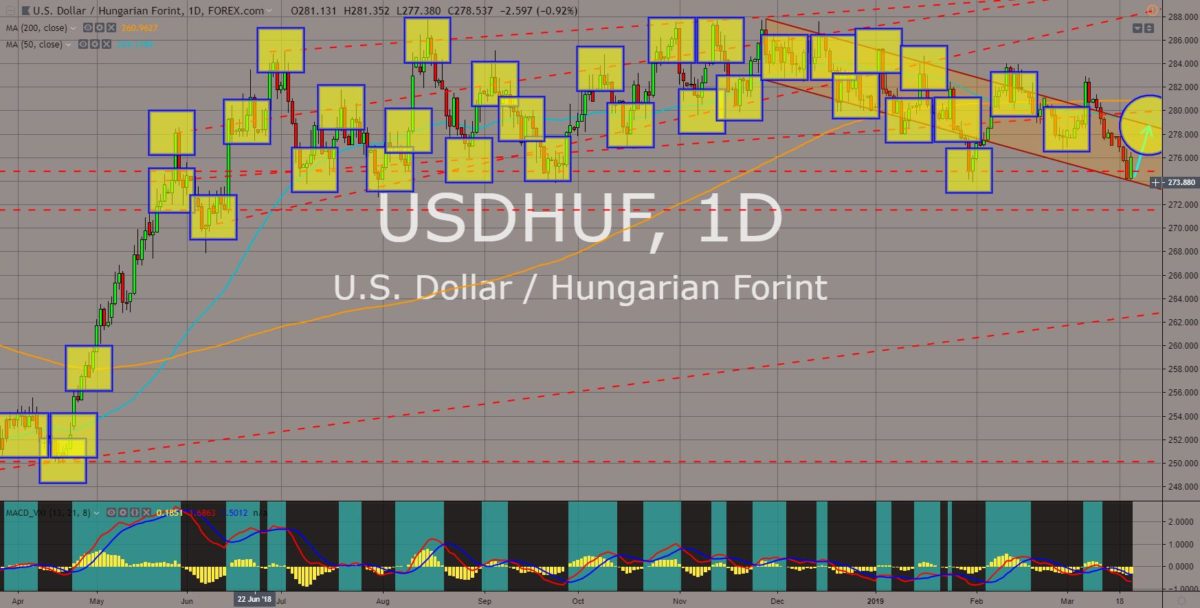 The pair formed its first bullish candle after its steep decline following its break down from the “Widening Wedge” pattern. The relationship of the United States and Mexico was seen more as a partner rather than a friend.  Since the election of Mexican President Andrés Manuel López Obrador, US President Donald Trump renewed its relationship with the country after it became the first victim of Trump’s trade war the resulted to the ratification of the NAFTA (North American Free Trade Agreement), which was still pending on the US Congress. Trump promised to invest billions of dollars in Central America to prevent the inflow of immigrants to the US. Yesterday, March 20, President Lopez signaled progress on migration and trade with the United States after his meeting with President Trump’s Senior Advisor and son-in-law Jared Kushner. Histogram already started to reverse, while EMAs 13 and 21 was expected to follow. 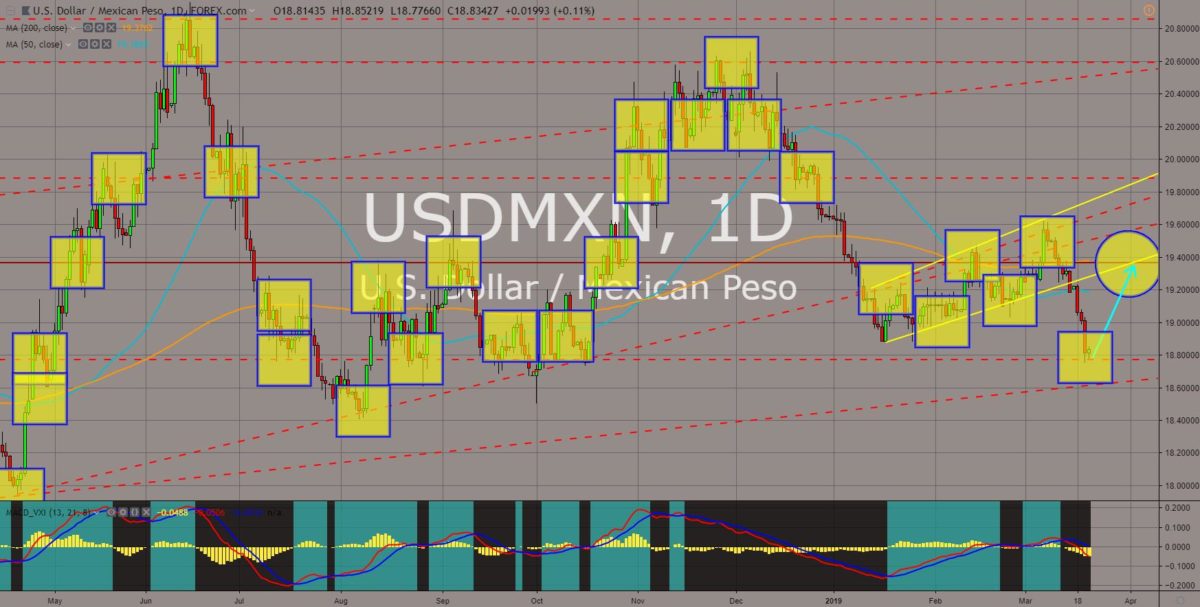