Telegram may postpone the release of cryptocurrency

Home » Telegram may postpone the release of cryptocurrency

The digital currencies are becoming popular as more people are ready to use cryptocurrencies instead of fiat currencies. An interesting fact about the cryptocurrency market is that it even attracted the attention of social media giants.

One of the most popular social media giant which is Facebook decided to enter this market. However, due to the backlash it received from the U.S. lawmakers it may postpone the launch of its cryptocurrency. Facebook is facing many questions, and even the founder of Facebook Mark Zuckerberg is not sure when they will be able to solve all the problems. It is hard to estimate when Facebook will receive approval for the U.S. government.

It is essential to mention that Facebook and its partners worked hard to cement the reputation of the upcoming cryptocurrency. They even founded a non-profit organization that has its headquarters in Switzerland.

Several companies, such as PayPal, eBay, Visa, and others, left the project. This fact once more underlines that companies are not happy with ongoing issues.

Another social media network that found itself in a problematic situation is Telegram.

According to the initial plan, the telegram was going to launch its cryptocurrency on the Telegram Open Network until the end of October.

Nevertheless, the U.S. Securities and Exchange Commission (SEC) seriously affected this decision. The SEC obtained a temporary restraining, and as a result, Telegram may postpone the release of its cryptocurrency. 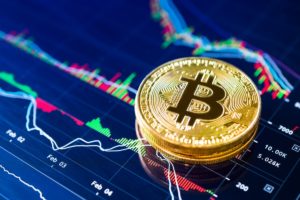 On Tuesday, Bitcoin’s price was $8,246. The goal of Bitcoin was to break the resistance level above the $8,400 level.