Home News Technology Tesla altered the prices of their cars

Tesla, which is well-known in the auto industry for its electric cars, decided to make several changes to make it easier for the customers to buy their cars. They decided to reduce the price of Model 3 from 39,990 to 38,990.

It is not the only change as the company announced other plans as well. According to the company, they will no longer sell standard versions of Model S and Model X. Tesla made these decisions ahead of second-quarter earnings, which will be published next week.

Tesla Model 3 is a very important model for the company. Right now, the number of Model 3 sold around the world increased. It is replacing more expensive Model S and X as their best-selling car. The company also reduced the price of cars that shipped to China. The price of Model 3 for the Chinese market dropped from $55,000 to $52,000. However, the Model 3, which Tesla is going to produce in their plant near Shanghai, will have a different price.

Another piece of news from Tesla is that customers who want to enjoy the full self-driving capabilities will have to pay more for this possibility. Starting from August 16 the price will increase by $1,000.

Customers who used to buy electric cars were entitled to federal tax breaks. However, from the beginning of July, the U.S tax credit reduced from more than $3,700 to $1,875. It is a serious drawback for Tesla, which benefited from this system. Arndt Ellinghorst from Evercore ISI wrote on Tuesday that Tesla reduced the price of Model 3 to support the demand.

Tesla shares fell on Tuesday by 2.2% to $247.93. The price of Tesla stock from the beginning of the year through Monday decreased by 24%.

The results of the second quarter are important for Tesla. During the first quarter suffered financial losses. Elon Musk and his company have to reassure the investors and customers that Tesla has the potential to change the situation for the better. 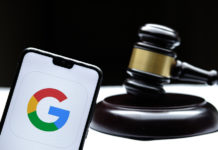