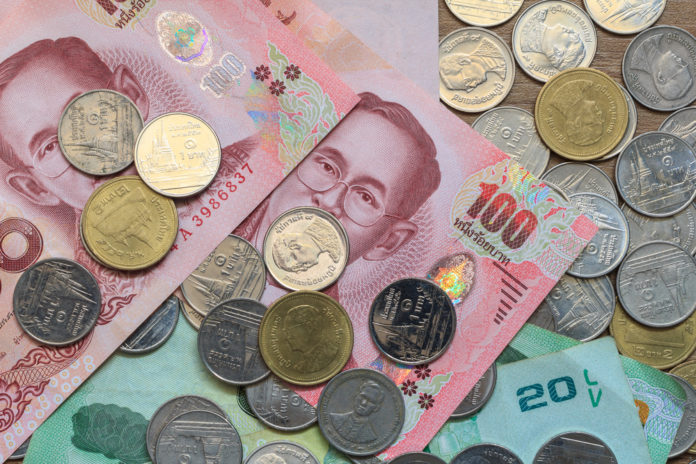 The Thai baht steadies the US dollar this Monday thanks to the drop in the country’s export reported yesterday. The currency is pushing its luck to end the year with substantial gains against the greenback in sessions.

Investors are still weighing in the drop in the country’s export report issued by the Thai Ministry of Commerce.

Thailand’s Customs-cleared exports dropped further below the negative territories in November, according to the MOC. Exports data contracted -7.39% from -4.45%, hugely disappointing traders who expected it to inch up -4.50% prior.

Meanwhile, the country’s Customs-based import data plummeted further to -13.78% from -7.57% prior. This fall also discouraged experts who expected improvement to -6.80% previous.

The only useful data that came in was the Custom-based trade data (USD) for November. Trade data unexpectedly rose from 0.510 billion to 0.550 billion, crushing forecasts of -0.190 billion contractions. 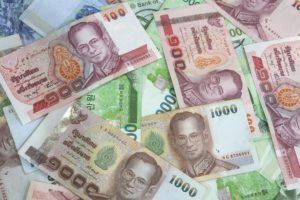 Earlier this month, the Thai central bank left its monetary policy unmoved. However, it slashed its GDP growth forecasts. The current interest rates of the country still sit at record lows as of its last meeting at 1.25%.

However, the damage done to the country’s imports and exports was all due to the US-China trade war.

The Thai economy is to have a grim outlook as the bank reduced its projections to 2.5% this year. It also announced its lowered forecast for next year’s gross domestic product growth of 2.8%.

The country’s economy has expanded below its potential as its exports decline more than what the market had been expecting.

Aside from that, the Thai central bank raised its payment-based outbound shipment contraction forecasts to 3.3%. While the country’s outlook for 2020 exports was also lower to 0.5% from 1.7% prior.