Home News Forex The Aussie dollar was steady on Friday. What about the Kiwi? 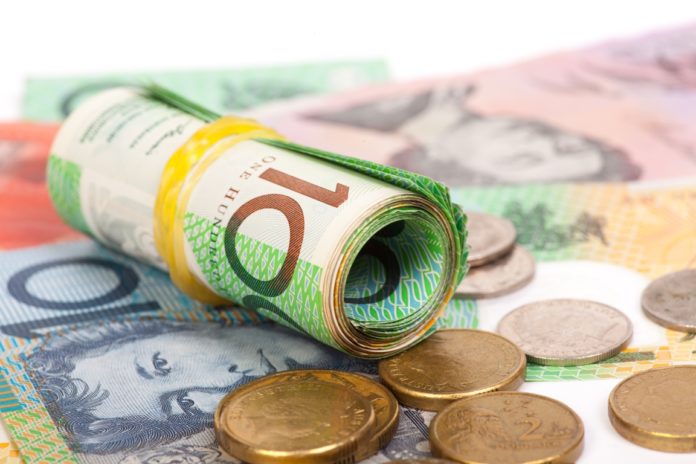 The Antipodean currencies declined slightly at the beginning of Friday’s session. Traders were worried after a sell-off in U.S. tech shares hit Asian stocks. However, the Australian dollar steadied at $0.7272 later on Friday. New data about local retail sales accelerating in July helped the currency. Meanwhile, the New Zealand dollar recovered some losses, last trading at $0.6706.

The British pound retreated from its highest level in nearly a year. Hindered progress in trade negotiations between the European Union and Britain caused the sterling’s weakness. It bought $1.3281 on Friday.

The Euro was in the center of attention while traders were waiting for the data on German industrial orders, which is due soon. Analysts expect to get more clues about the eurozone economy with this data. The common currency traded at $1.1849 on Friday.

On Friday, the dollar index changed insignificantly at 92.774 against a basket of six major currencies. The greenback stood at 106.18 against the Japanese yen, and it traded at 0.9099 Swiss francs. Due to the outlook for the Fed’s monetary policy, the dollar’s downtrend may continue for at least another three months.

Traders are waiting for key U.S. jobs data. They expect that it will show the real strength of economic recovery from the coronavirus pandemic.

Even though the greenback has managed to stop its recent slide, sentiment remains weak. Investors speculate that the Federal Reserve will keep rates low for a very long time. Such expectations further negatively influence the dollar.

The U.S. dollar has rebounded against the Euro and could continue to increase a little more – stated Junichi Ishikawa, the senior foreign-exchange strategist at IG Securities in Tokyo.

Nonetheless, he thinks that the greenback will tumble down again, along with yields. The Fed seems ready to stick with low-interest rates, which is enough reason for such a fall. However, stocks may increase.