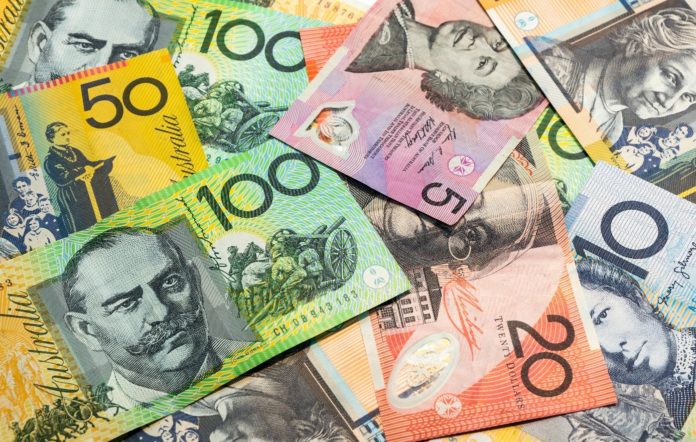 On February 8, risk-sensitive currencies, the Australian and New Zealand dollars, traded water. Moreover, positive market sentiment was weakened by disappointing reports about the efficacy of coronavirus vaccines against new strains of the disease.

On Monday, the Australian dollar starting the week slightly lower. However, it increased as much as 0.03%. By midday, the currency declined by 0.7668 against the U.S. dollar and stood at $0.7678.

Moreover, its New Zealand peer was trading sideways. The New Zealand dollar traded at $0.7199, while on Friday, it was up 0.08%.

Optimism about a global economic revival and a weak American currency had supported the risk-sensitive Australian dollar In Friday’s session. However, according to traders, insufficient progress in coping with the COVID-19 pandemic was frightening investors.

Furthermore, the weaker-than-expected U.S. non-farm payroll report on Friday fueled anticipations that a $1.9 trillion COVID-19 aid package would be passed by U.S. lawmakers as soon as this month. Nancy Pelosi, House of Representatives Speaker, has reported that the final legislation could pass Congress before March 15. According to analysts, that was also supportive of the Antipodean currencies.

Westpac analysts report that there should be a cap on near term increases, due to very concerning weekend news about the effectiveness of vaccines on the South African strain.

Based on the Reserve Bank of Australia’s announcement last week, Australia’s economy performed better than anticipated over the past year. However, essential monetary support would still be necessary for some time yet. The report came after RBA extended its quantitive easing program.

Additionally, the central bank left its cash rate at a record low 0.1%, but, surprised by extending its bond-buying scheme by another A$100 billion (which equals $76.01 billion) from mid-April.