It is a well-known fact that Germany has the largest economy in the European Union. Moreover, its economy is fourth-largest in the world. Someone may think that there are no issues that may create a serious problem for Germany. It is worth mentioning that Germany is the most populated country in Europe. All of these factors combined made the German economy as an example of how the economy can transform the country.

Let’s not forget that Germany was divided and only several decades ago, the country was able to solve this problem. Nevertheless, modern Germany is an economic power not only EU but around the world.

However, even the German economy is not immune to global economic problems. There are local problems as well. This created additional pressure on the local economy. Several leading economic research institutes decided to downgrade their forecasts. This is bad news for the EU’s largest economy.

For instance, the Ifo institute published its Joint Economic Forecast for 2019 on Wednesday. The results of this report are not promising for the German economy. According to the Ifo institute, the gross domestic product will increase by 0.5%. Several months ago the institute’s forecast was higher, and it was 0.8%.

One of the reasons why the leading research institutes made such decision it the problems connected with global economic issues. German economy heavily relies on Export. It is important to mention that the demand for capital goods is falling across the globe. This is a massive blow for the country as without export markets it will be very hard to develop the local economy.

The institutes and the German economy 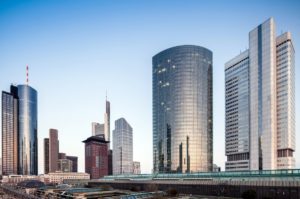 As mentioned above, the Ifo institute is not alone when it comes to negative outlook regarding the German economy. Another famous institute which is the German Institute for Economic Research (DIW Berlin) shares this viewpoint. The head of forecasting and economic policy Claus Michelsen commented on the local economy.

According to various research institutes, the GDP will increase by 1.1% in 2020. For example, several months ago the forecast was more optimistic. However, the latest forecast is lower by 0.7%. This is a problem for the German economy.

Also, it important to remember that the Joint Economic Forecast for 2019 was prepared thanks to the collaboration between several institutes. Along with Ifo institute, IfW (Kiel Institute), as well as IWH (Halle Institute for Economic Research) and RWI Essen, contributed to this report.

This report helps to identify major challenges of the local economy. The economic problems in Germany a severe threat to the global economy.