The Government of New Zealand and Local Economy

Home » The Government of New Zealand and Local Economy

New Zealand is a developed country, a lot of people in the world have at least some knowledge about the country, especially rugby fans. As in the case of other countries,  the ongoing coronavirus pandemic created additional pressure on the local economy.

Country’s government announced a spending package equivalent to 4% of New Zealand’s gross domestic product (GDP). According to the ministers, it is the most important economic plan in the country’s modern history.

It is worth mentioning that, thanks to this plan, the government will allocate money for people who are required to self-isolate, but can’t work from home. Moreover, individuals caring for relatives who are sick with the virus, even if they are not sick or do not test positive for coronavirus.

Interestingly, this package is one of the largest in the world on a per capita basis according to Grant Robinson, country’s finance minister. 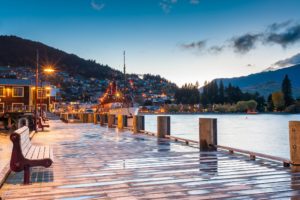 The government of New Zealand is working hard to contain the virus. For example, authorities began spot checks on travelers. Officials identified two people who broke the rules and authorities will deport them as foreigners failed to self-isolate.

Let’s have a look at this plan. Importantly, the NZ$12.1 billion stimulus package includes wage subsidies. Furthermore, money allocated as part of this package will help to bolster the healthcare sector’s response to the virus. Also, the government plans to spend money on low-income families as well as those on social welfare. This is not the end of the story, as the package also includes changes to business tax.

This is a logical step, businesses hit-hard by the virus are struggling to cope with problems. In comparison with 2019, their revenues fell by 30%.

Also, those required self-isolate or to care for someone who is sick will receive the same amount. Interestingly, the wage subsidies are not only for the people who have a contract. Self-employed people who do not already work from home will also receive money as part of the stimulus package.

Another step to stabilize the situation is to provide tax cuts to the companies. Business tax changes costing $2.8 billion is an important tool to support the employers.