The Influence of Coronavirus on Bitcoin Trading

Home » The Influence of Coronavirus on Bitcoin Trading

Coronavirus pandemic created additional pressure on the global economy. Interestingly, Venezuela has the largest proven oil reserves in the world. However, the local population is struggling to survive due to various factors.

Recently, the country’s President Nicholas Maduro placed the entire country under quarantine to contain the spread of the virus. Currently, there are 33 confirmed cases in the country. According to Maduro’s decree, all banks will stop working for an indefinite period of time.

The head of SUDEBAN, the highest regulatory body for all activities related to the banks issued a letter. Antonio Morales Rodriguez asked the banks to close their doors. Moreover, he did not specify when the banks will be able to reopen.

However, due cash shortages as well as dependence on the U.S. among other factors made local banks less attractive to the population. As a result, the local population learned how to survive without the banks even before the coronavirus. 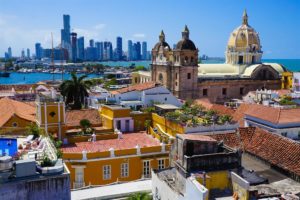 It is important to note that for years, an informal economy flourished, as people learned how to use various sources. One of them is Bitcoin

Moreover, Bitcoin trading within Venezuela appears to be on the rise. Interestingly, Bitcoin trading volume on the peer-to-peer exchange LocalBitcoins is experiencing its biggest surge of the year. For example, at the end of February, volume stood at around 491 BTC. However, by last week, volume increased to 540 BTC.

In neighboring countries such as, Colombia crypto trading also increased as can be seen from the results. In just one week during the pandemic Bitcoin trading volume rose from 289 BTC to 403 BTC.

Moreover, in Argentina traders broke the weekly barrier of 50 BTC.

PrevPreviousAsian Stocks, Stimulus Package and Investor Sentiment
NextThe Euro Fluctuates; What about Aussie and Other Currencies?Next