The Influence of Coronavirus on Stock Buyback

Home » The Influence of Coronavirus on Stock Buyback

The stock buyback was very popular among big companies across the U.S. Numerous companies spent billions of dollars on mighty buyback from 2017 to 2019. However, some of the top executives probably are wondering why the spent so much money on the controversial stock buyback.

Moreover, stock prices fell from their record highs inside of two months. Also, nobody knows when the global economy will able to deal with the economic impact of coronavirus.

Furthermore, instead of spending so much money on buybacks, that cash could have used to support their workers by keeping them on the payrolls. Moreover, it makes more sense to buy companies that are struggling to cope with the ongoing crises. 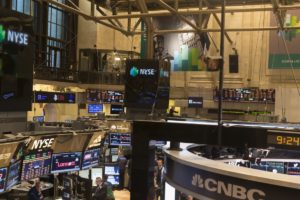 Many famous companies realized that stock buyback is not the best solution and decided to suspend their repurchase programs.

For example, since the start of March, 51 companies amounting to 27%  of 2019 aggregate buybacks halted their repurchase programs.

Let’s have a look at some of the most prominent companies that changed their decisions when it came to buybacks. For example, United Airlines, as well as Delta and Alaska Air, decided to change their strategies.

Moreover, chipmaker Intel has put a halt on its buyback plan. According to Goldman Sachs, in 2019, Intel spent $13.5 billion on buybacks.

Notably, several largest banks also decided that it is not the best time for stock buybacks.

In the case of airlines, it is not surprising that companies made the decision to put an end to buybacks. Authorities in most of the countries imposed travel restrictions. Thus, most of the companies had to change their plans for the upcoming months.

Moreover, airlines plan to ask for money as part of Coronavirus Aid, Relief and Economic Security (CARES) act. It means that companies that will receive funds thanks to CARES act, such companies will be unable to repurchase stock or pay a dividend for one year after repaying the debt.