The Influence of Strikes on the Economy

Home » The Influence of Strikes on the Economy

U.S. economy continues to grow for more than ten years. Moreover, current economic expansion is the longest in U.S. history. Moreover, the U.S. has the largest economy in the world.

In this situation, some people may think that labor strikes are all but nonexistent. However, this is not the case. In 2019 forty-six thousand General Motors employees demanded better healthcare as well as stronger protections.

Moreover, it was not the only major strike to occur in 2019. The largest job action involved 92,700 North Carolina public school teachers. Next was GM’s six-week strike. Teachers in West Virginia went on a two-day strike.

For example, in 2017, only 25,000 workers participated in major strikes during the entire year. This was the second-lowest result since 1947.

There are two primary factors why strikes became prevalent in the last year, according to the Economic Policy Institute. Thanks to record low unemployment, employees do not have to worry about their jobs. Moreover, employees aren’t getting decent wage gains despite a tight labor market. 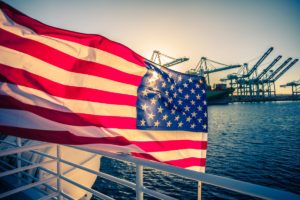 Interestingly, in both 2018 and 2019, at least 425,000 workers took part in large-scale walkouts. As a result, the number of employees involved in major strikes over two years reached the highest level in 35 years.

The unemployment rate is 3.6%. Despite this achievement, workers are not satisfied with the labor market. Moreover, the economy keeps adding jobs which other good news.

The U.S. government data is based on “major work stoppages” or strikes. It means that 1,000 or more workers should participate, and that strike should last at least one shift.

Nevertheless, recent strikes don’t compare with the strikes that took place in the 20th century. For example, in 1949, more than 2.5 million workers were involved in such efforts based on the information provided by the Labor Department.

Let’s have a look at the GM strike affected the employees.  The United Auto Workers union wasn’t able to win some of their key demands.

U.S. economy continues to grow, but despite this many workers are not happy as they would like to get better salaries.