The influence of Post-Brexit Border Checks on the Economy

Home » The influence of Post-Brexit Border Checks on the Economy

The U.K. decided to leave the European Union as a result of a referendum that dates back to 2016. It took a lot of time to finalize all the details. Finally, on January 31, the U.K. left the EU. However, this decision will have a long-lasting effect not only on the EU’s economy but on the global economy as well. The Brexit transition period will end at 11 pm on 31 December.

Thus, starting from that day, border checks are inevitable. Businesses will face extra costs from checks, and this may affect food imports. However, officials disagree with this opinion as they believe that companies have enough time to prepare for the changes.

The traders in the EU and the U.K. will have to deal with extra paperwork. In less than one year from now, traders will have to fill out customs declarations. Also, they will be liable for custom checks on goods for cross-border trade.

There is another problem, as well. If the U.K. and EU would fail to reach the trade deal taxes such as tariffs would become a reality.

The list of challenges is quite long. For example, by the end of this year, both sides should create infrastructure at the border. It means that they will have to build facilities for the staff, agents, and vets.

The ongoing situation is a serious challenge for both the U.K. and the EU. It is important to keep in mind that the EU is the biggest partner of the U.K. when it comes to trade. This fact once more underlines that the post-Brexit period will affect the cross-border trade. 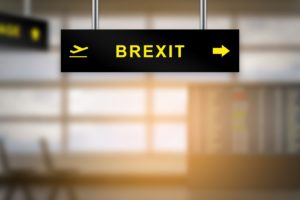 The British government is trying to minimize the damage caused by the transitional period. Officials hope that businesses will be prepared, and as a result, it will be possible to avert serious problems.

However, it won’t be easy to accomplish this task. People should take into consideration that the border between the U.K. and the EU was designed to run without checks. For instance, facilities such as the Channel Tunnel are not suitable for serious border checks.

Both sides will have to hire more customs officers as well as thousands of customs agents etc. In this situation, it is not surprising that border checks will create additional pressure for the businesses and economy in general.

According to the British Chambers of Commerce, border delays would incur higher costs than tariffs. Consequently, preparation is important in this way; it will be possible to solve some of the problems. However, it won’t be enough to eliminate all problems created by the border checks.