The Influence of U.S. stocks on Asian Markets

Home » The Influence of U.S. stocks on Asian Markets

Japanese stocks declined on Tuesday following an overnight drop in U.S. stocks due to the fears connected with the economic impact of coronavirus.

On Tuesday, shares of Fujifilm defied the overall trend as its shares rose 2.83%. News from the local media helped to boost the index. According to the local press, the Japanese government was considering the use of an anti-flu drug created by a unit of Fujifilm.

Stocks and the political crisis in Malaysia 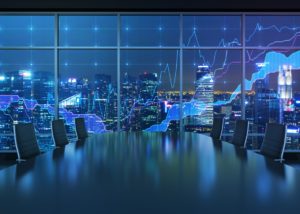 On Monday, Malaysia’s Prime Minister Mahathir Mohamad unexpectedly resigned. However, reportedly Mohamad agreed to work as an interim leader until a new prime minister will replace him.

Despite the political turmoil, the FTSE Bursa Malaysia KLCI Index added about 0.7% during the afternoon trade.  This is good news, especially after suffering losses on Monday after the latest political developments.

It will take to time access the damage caused by the virus outbreak. Moreover, some factories remain shut due to containment measures.

Also, the outbreak in South Korea complicated the situation given the country’s importance in the global technology and semiconductor supply chains.

Ongoing virus outbreak is a major challenge for Asian stocks.

PrevPreviousShould you invest in a CFD?
NextDaily Market Charts and Analysis February 26, 2020Next