The New Automaker and the Global Economy

Home » The New Automaker and the Global Economy

On Wednesday, Fiat Chrysler Automobiles (FCA) and French automaker Groupe PSA announced an agreement that will change the auto industry. As a result of this agreement, they will create the fourth-largest global automaker by volume. Moreover, it will be the third-largest by volume. This decision will influence the global economy.

This corporation is the world’s eighth-largest automaker. The Groupe PSA is one of the largest car makers in Europe.

As mentioned above, on Wednesday morning, companies released a statement. According to this statement, they signed a bonding Combination Agreement to create a new company. Interestingly, the merger would be on a 50-50 all stock basis.

The current chairman and CEO of PSA Carlos Tavares will become the CEO of the Group. FCA’s chairman John Elkann will assume the title of Group Chairman.

The new company’s board of directors will consist of 11 members; most of them will be independent. The company estimated annual sales of 8.7 million units. Also. Combined revenues of nearly 170 billion euros or about $190 billion and operating profit margin of 6.6% based on 2018 results.

Thanks to this agreement, companies will be able to reduce costs associated with developing new technologies as well as other expenses. For example, based on the information from the joint statement two-thirds of production volumes would be concentrated on two vehicle platforms. It will take from 12 to 15 months to complete the merger based on the preliminary information. The shareholders of PSA and FSA should approve this deal. 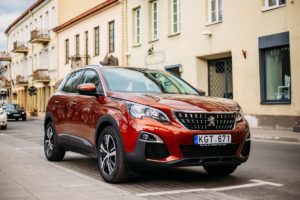 Fiat Chrysler Automobiles has a long history when it comes to merging with other companies. The current agreement will mark the fourth time when FSA decided to join forces with various companies.

For example, in 1998, FCA and German automaker Daimler AG created a new company. However, in less than ten years, the German company decided to abandon its American partner. The second partner was Cerberus Capital Management. This cooperation was not successful as thousands of employees lost their jobs and the company had to file for bankruptcy.

Fiat boss Sergio Marchionne played a crucial role as without him; it would be hard to imagine FCA. In 2009, he orchestrated the deal between the Italian automaker with the United Auto Workers union and the U.S. and Canadian governments. As part of the deal, Fiat took control of Chrysler for free and divided the ownership with UAW’s retiree trust and fund the governments U.S. and Canada.

The shares of the new groups will be listed on the New York Stock Exchange as well as on the stock exchanges in Paris and Milan.

As a result of this agreement, the new company will have the opportunity to optimize its costs. In the modern world, the demand for cars is falling and companies must come up with new ideas on how to solve this problem.