The People’s Bank of China and its Monetary Policy

Home » The People’s Bank of China and its Monetary Policy

Central banks, in cooperation with the governments, are working round the clock to boost the economy. Recently, the People’s Bank of China made the decision that surprised the analysts. The country’s central bank decided to cut the rate on reverse repurchase agreements by 20 basis points on Monday.

Authorities in China are working hard to relieve pressure on an economy affected by the coronavirus pandemic. According to the statement, the People’s Bank of China decided to lower the 7-day reverse repo rate from CN7DRRP=PBOC to 2.20% from 2.40%.

A central bank adviser Ma Jun commented on this topic. Ma Jun stated that China has the opportunity to adjust the monetary policy.

It is important to mention that, it was the third cut in the 7-day rate since November. This decision comes at a time when the outbreak slowed from a peak in February. Unfortunately, more than 3,000 people died as a result of this outbreak and more than 81,000 people across China had to deal with the virus.

The People’s Bank of China is not alone when it comes to cutting rates, as policymakers around the globe announced stimulus packages. As part of the stimulus packages, governments allocated billions of dollars to support their economies.

Interestingly, during the Group of 20 major economies, China promised to reduce the rate. The country kept its promise and decided to cut the 7-day reverse repo rate.

The global economy and the People’s Bank of China 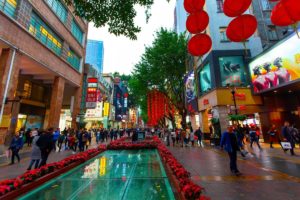 China has the second-largest economy in the world. It is not surprising that if the local economy fails to overcome the economic impact of coronavirus, this would be very bad news for the global economy.

Moreover, China was the only major economy that did not introduce large-scale easing measures. Many countries implemented more drastic measures such as quantitative easing as well as deeper cuts to benchmark rates.

Last week, leaders of the G20 pledged to allocate $5 trillion into the global economy. Global leaders want to minimize the economic impact caused by job and income losses.

Interestingly, this decision follows the ruling of the Communist Party’s Politburo meeting. This meeting took place on March 27.

According to the Politburo, the government plans to pay more attention to policies. This way, they want to achieve full-year economic and social development targets.

Based on the preliminary information, China’s economy is expected to contract sharply in the first quarter of 2020. The People’s Bank of China in cooperation with the government has the potential to support the economy.