The “Phase one” trade deal and its influence on the economy

The trade war between the U.S. dates back to 2018. The dispute between the two largest economies in the world created many problems for the global economy. It is not surprising because, in the modern world, where everything is connected, it is hard to avoid serious issues.

It is important to mention that distrust between the U.S. and China started a long time ago. There are multiple factors such as intellectual property theft as well as forced technology transfers. Donald Trump became the president in 2017. He believed that China was unfairly treating the U.S and decided to change the situation.

However, this deal won’t end the trade war as it will only solve some of the pressing issues. Nevertheless, even the partial trade deal is a step forward, and both sides should work harder to sign this agreement.

Fortunately, good news regarding the upcoming agreement was released by the Chinese commerce ministry. 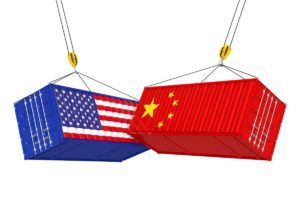 According to a spokesman at the ministry, China’s Vice Premier Liu He is going to visit the Washington next week. Liu He is the head of the country’s delegation in U.S.-China trade talks. Based on the information, he will visit the city on January 13-15.

Furthermore, negotiations teams from both sides maintain close contact as they are discussing the particular arrangements of the deal. As a reminder on December 31, U.S. President Donald Trump stated that the U.S. would sign the “phase one” trade deal on January 15 at the White House.

He also said he would sign the deal with representatives of China. Thus, it makes perfect sense as Liu He is the chief negotiator from the Chinese side. Moreover, Trump plans to travel to Beijing. The purpose of this visit is to begin talks on the next phase.

At the moment, no version of the text is available to the public. Also, Chinese officials have to endorse the key points such as increased imports of U.S. goods and services by $200 billion.

As part of the “Phase one” trade deal China is expected to purchase U.S. agricultural, energy, and manufactured goods. Moreover, this deal will address some of the issues connected with intellectual property.

However, there is one topic that may affect the deal. Several days ago, Han Jun who is a senior agriculture official, stated that China would not increase its annual low tariff import quotas for corn, wheat, and rice. This decision could make it harder to meet import commitments. It is early to determine how this will affect the future of the trade deal. Both sides should work together to avoid any misunderstandings. This deal will help to boost the economy.