The possibility of food crisis in Asia

Home » The possibility of food crisis in Asia

PricewaterhouseCoopers (PwC) along with Rabobank and investment company Temasek prepared Asia Food Challenge Report. According to this report, Asia is unable to feed its population. It has to invest another $800 billion in the next ten years to meet the requirements.

It is a well-known fact that the population across Asia is growing. Moreover, not only quantity but the quality of the food should satisfy the consumers. Several most populous countries are located in Asia. It is not surprising that it is getting harder and harder as companies have to produce more food to meet the region’s needs.

The authors of the Asia Food Challenge Report believe that without investment, it will be very hard to keep up with demand. As a result, the possibility of a food crisis will increase in the future.

One of the major problems is that Asia is unable to meet the requirements. It relies on imports from Europe, the Americas, and Africa. The authors of this report are not alone, and the 2018 United Nations Conference on Trade and Development report came with a similar conclusion. 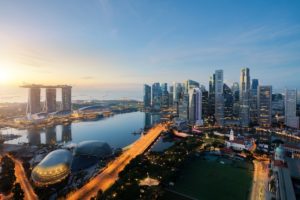 As mentioned above, population growth will affect the situation. However, there are other issues, as well. Another major problem is climate change and its influence on the industry.

According to its report, due to the extreme weather, crop yields could fell and change planting structures. By 2030, the amount of arable land for each person in Asia is expected to decline by 5%.

By that time, Asia’s population could grow by approximately 250 million. It is possible to compare this number with Indonesia, which is among the top ten most populous countries in the world.

All of these problems together may create a serious risk of food crisis. In ten years, it will be very hard to repair the damage caused by climate change as well as the rapidly growing number of people in Asia.

Now it is time to discuss how to handle the situation. As mentioned above, Asian countries should invest billions of dollars in filling the gap as soon as possible. Out of $800 billion half of that investment could go to China. It makes sense as China is the most populous country in the world.

Another reason why it is the best solution to allocate a huge sum of money to Chinese farmers is technology. Agricultural companies that use smart automation technologies are already working in the country.

There is one Chinese company, which controls more than 70% of the world’s civil drone market in 2018. This company is DJI, which manufactures agricultural drones, which spray pesticides and fertilizers. Also, it can identify the source of disease, which may destroy the harvest.

At the moment, there are more than 7 billion people in the world. By 2050, this number will surpass 9 billion.

PrevPreviousMarkets and demonstrations in Hong Kong
NextDaily Market Charts and Analysis November 29, 2019Next