Home News Forex The pound declined below $1.38 against the dollar 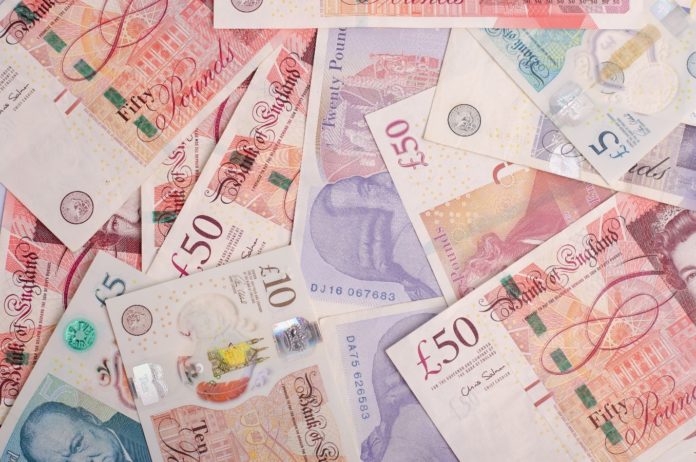 The British pound declined below $1.38 versus the greenback. However, it was steady versus the euro in early London trading on Friday. The moves came as data revealed that the United Kingdom’s economy suffered a record slump in 2020. However, it increased in the last quarter.

Britain’s economy declined by 9.9% in 2020, which is the biggest annual slump in output in over 300 years. However, it’s essential to note that it avoided heading back towards a recession in the final quarter. Furthermore, it looks set to recover in 2021.

Furthermore, the sterling has surged in the last weeks by optimism Britain’s relative success in rolling out coronavirus.

Friday’s GDP data was too backward-looking to cause a significant currency market reaction. The sterling however, eased off its recent gains. The British pound declined by 0.2% on the day against the greenback at $1.3790.

Significantly, the sterling against the euro was slightly changed at 87.82 pence per euro.

Hugh Gimber is the global markets strategist at JPMorgan Asset Management. According to him, the fourth quarter’s GDP print is more positive than expected. However, much of this good work will have already been undone by restrictions on the economy so far this year.

The sterling’s gains is likely to resume toward $1.40 against the U.S. dollar

However, analysts are upbeat about the sterling’s prospects. Michael Hewson is the Chief market analyst at CMC markets, UK. He announced that the sterling’s recent gains were likely to resume toward $1.40 against the U.S. dollar and 0.86 against the euro.

Furthermore, Prime Minister Boris Johnson reported that he would publish details about the schedule for easing lockdown restrictions in the United Kingdom on February 22.

Moreover, The United Kingdom and the European Union reiterated on Thursday their commitment to resolve post-Brexit trade difficulties over the Northern Irish border.

Britain’s exit from the EU’s trading orbit in January has led to notable trade disruption among Northern Ireland and the rest of the UK.