Home News Forex The Russian Ruble Is Strengthening Against The Dollar 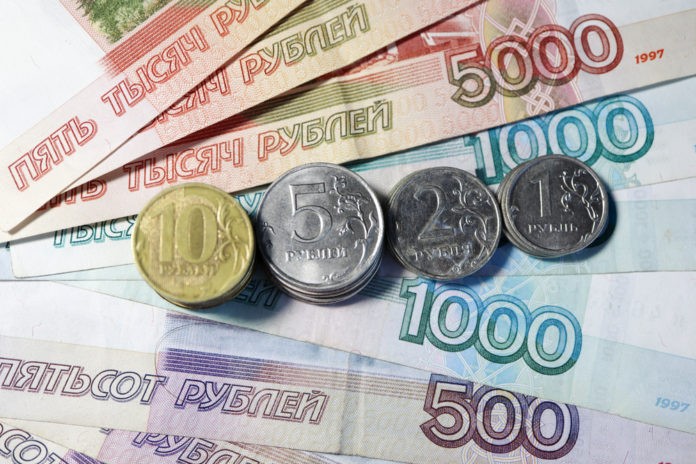 Capital controls implemented by Russia in late February in response to unprecedented western sanctions on its banking industry and economy have artificially constrained the ruble’s movement. The sanctions should penalize Russia for deploying tens of thousands of troops to Ukraine on February 24. Non-residents have been unable to trade paper on the bond market since late February, and rates on 10-year benchmark OFZ notes have fallen to 10.36% from about 11.6 percent a week earlier, moving inversely with their prices.

On Monday, Central Bank Governor Elvira Nabiullina stated that the central bank should try to increase credit availability for the economy, implying that the central bank will consider decreasing its key rate from 17% at its next board meeting on April 29. In the second and third quarters, Nabiullina also warned that the Russian economy “would enter a phase of structural transition,” which experts interpret as a severe and quick economic downturn. The Russian economy might lose all of its gains from 2012 to 2021 in only two quarters, according to Evgeny Suvorov, an analyst with CentroCreditBank; he predicts the central bank will lower its benchmark rate to 15% next week.

The Russian stock market indices were down. The MOEX Russian index is based on the ruble; it sank 1.4 percent to 2,310.3 points; the lowest level since February 25, when the central bank halted stock market trade for over a month. The RTS index, which is denominated in dollars, fell 1% to 916.2 points. For a guide to Russian stocks, go here. For a guide to Russian treasury bonds, go here.