The Shares of Big-Box Retailer

Home » The Shares of Big-Box Retailer

The target which had an ambitious plan to boost sales during the holiday season reported disappointing results. This happened on Wednesday. This news had a negative impact as Target shares fell by 7% following this announcement.

It is hard to say what the biggest problem for the retailer. One of the factors that affected the sales is the shorter holiday season.

For example, in comparison with 2018, last year’s holiday season had six fewer days from Thanksgiving to Christmas. It was the shortest possible calendar.

The information regarding the disappointing results came as a surprise for some people. The retailer expected a strong holiday season. It is not surprising that the share of big-box retailer declined after reporting the results.

The influence of sales on Target shares 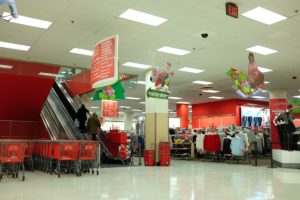 Let’s have a look, why Target experienced problems and why it was unable to live up to the expectations. Moreover, why the shares fell on Wednesday.

Furthermore, despite all the problems, same-store sales rose for the last 11 months.

It partnered with Disney to open mini Disney shops within certain Target shops. Also, the company devoted more space to toys. Nevertheless, toy sales remained at the same level when compared with the result from the last year.

Electronics sales declined by more than 6% in November and December. The sales of home items fell by about 1%.

Overall in the retail industry, sales of electronics and appliances rose 4.6% from November 1 through December 24. The home furniture and furnishings category climbed 1.3% based on the data from the Mastercard Spending Pulse.

Target’s digital sales increased by 19% as the number of people are using same-day options such as curbside pickup when they buy online.

Shares of the big-box retailer fell on Wednesday. It is interesting to monitor the situation to learn more about these results and how it will affect the Target in the long run.