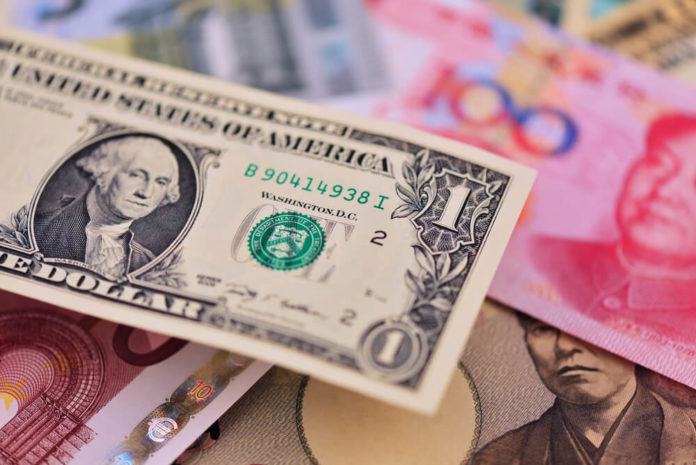 The U.S. dollar extended gains versus most currencies as stock market rout triggered by concerts about excessive valuations increased safe-harbour demand for the American currency.

Risk-sensitive currencies, like the Australian and New Zealand dollars, declined against the dollar in a sign of waning market confidence.

Uncertainties about a short-squeeze among hedge funds, worries about corporate earnings and obstacles in Covid-19 vaccinations have slammed the brakes on a strong rally in global equities, which could resume lifting the dollar in the short term.

The base scenario of economic acceleration in the second half of the year remains unchanged. This is according to chief currency strategist at Mizuho Securities, Masafumi Yamamoto. Yamamoto added that the Australian dollar would recover, but the euro will struggle.

The U.S. dollar index stood at 90.742. Furthermore, on January 27, the U.S. Federal Reserve kept monetary policy intact as expected. Still, it did signal some concern about the pace of economic recovery, which some traders stated is another negative factor.

Furthermore, U.S. gross domestic product data is due later on Thursday to measure the strength of the world’s largest economy as it fights with the Covid-19 pandemic.

Additionally, the onshore yuan briefly hit a one-week low of 6.4946 per dollar. Other Asian currencies also declined versus the greenback, highlighting strength in the dollar.

Meanwhile, the Australian dollar dropped to $0.7634. The New Zealand dollar meanwhile, dipped to $0.7135 as investors sold currencies with close ties to the global commodities trade.