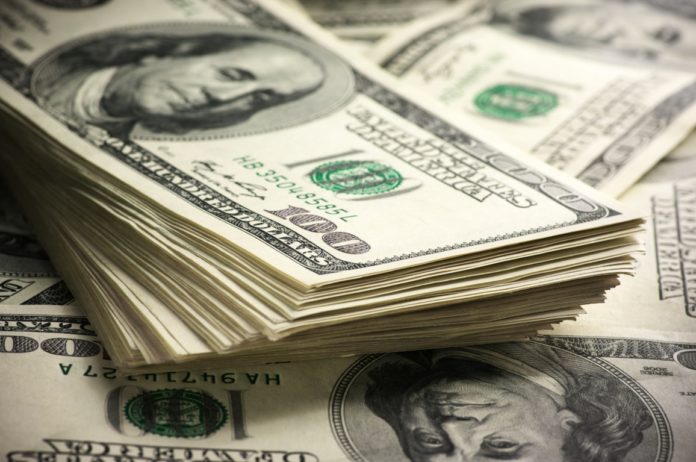 The U.S. dollar rose on Tuesday to six-week highs as F.X. markets turned risk-averse over a surge of coronavirus cases that caused new lockdown measures in Europe.

On Monday, stocks sold off, and as the currency market saw it as risk-off moves, the dollar index skyrocketed to its highest in six weeks.

Even though European equities opened higher on Tuesday, the greenback continued climbing, and riskier currencies tumbled down. New lockdown measures to fight the second wave of infections pose a threat to economic recovery.

Investors expected that Prime Minister Boris Johnson would stop short of announcing a full national lockdown like the one imposed in March. But it seems, the U.K. will see further restrictions on activity soon.

You-Na Park-Heger, the F.X. analyst at Commerzbank, stated that the terms “second wave” and “lockdown” had been out there for a while. However, so far, the markets reacted only moderately cautious about the negative news flow. Despite that, as the situation seems to be deteriorating, the markets seem to be getting nervous at this stage.

How did the major currencies trade on Tuesday?

The dollar index gained by 0.3%, hitting six-week highs in early London trading. However, riskier currencies declined with the Australian dollar tumbling down by 0.5% to 0.7185, a one-month low. The New Zealand dollar also plunged by 0.4% to 0.6643 per U.S. dollar.

The Reserve Bank of Australia stated that it is assessing policy options, including F.X. market intervention and negative rates. That announcement added to pressure on the Australian dollar.

On the other hand, ING noted that it did not expect the greenback to see long-lasting gains. The dollar liquidity was not an issue as it was in March, and the Federal Reserve would step in if risk sentiment fell further.

The euro plummeted down by 0.4% against the dollar at $1.17235. The Swedish and Norwegian crowns also declined, hitting a two-month low of 9.3615 versus the dollar and weakening against the euro as well.