On Monday, the U.S. government stated that it might impose tariffs on French products ranging from handbags to makeup. According to this announcement the U.S. is ready to impose duties up to 100% on $2.4 billion in imports from France.

The U.S. concluded that France violated the rights of American companies. According to the U.S. Trade Representative’s office (USTR), conducted an investigation. As part of its “Section 301” investigation, it found that the French digital services tax created an undue burden on U.S. companies. This tax is against the principles of international tax policy.

Moreover, U.S. Trade Representative Robert Lighthizer stated the government is looking into other possible violations committed by Italy, Austria, and Turkey. His statement also included other interesting information as well. For example, he mentioned that USTR is countering the protectionism of the EU member states, which targets American companies.

The trade agency mentioned it plans to collect public comments until January 15 on its proposed tariff list. The public hearing will take place in more than one month on January 7. However, the agency did not provide any details when it is going to impose tariffs on French products. 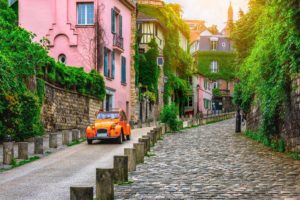 The discussions regarding the digital services tax started a long time ago. France has suspected that U.S. technology giants are trying to avoid taxes in the European Union. The position of France regarding the tax is quite simple. French officials believe that taxes should be based on where the digital activity takes place and not where companies have their headquarters.

Moreover, it is important to mention that France is not the only country that plans to introduce digital services tax. Other countries as well are not happy with the current status quo. A group of nations is working together to come up with new multilectal rules.

However, French officials decided that it would be easier and less time consuming to create its tax. France is imposing a 3% tax on any digital company. The revenue of a company should 750 million euros or $850 million of which at least 25 million euros is generated in the country.

There are around 30 companies that fall under these regulations. Most of them are from the U.S., such as Google’s parent company Alphabet, Facebook, Microsoft, etc. Amazon made the decision to raise the fees for French businesses by 3%.

The list of French products is quite long. Some products such as sparkling wines, handbags, make-up preparations survived a previous round of tariffs. However, this time it is unlikely that the U.S. will change its decision regarding these products.

U.S. lawmakers, as well as U.S. tech industry groups, supported this decision. The USTR’s report and proposed tariff list follow lengthy negotiations between the U.S. and French officials. At a summit in France, French Finance Minister Bruno Le Maire and U.S. Treasury Secretary reached an agreement. They agreed that France would refund U.S. companies the difference between the French tax and a new mechanism created by OECD. USTR’s report will affect this agreement.