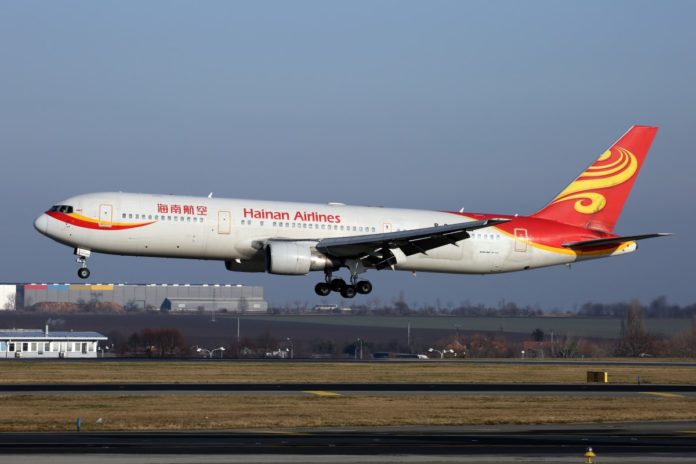 Last week, U.S. and China signed the “phase one” trade deal. As part of the agreement, China will import a further $33 billion of manufactured goods in 2020. Moreover, this number will reach $45 billion in 201 in comparison with 2017.

China has multiple options on how to achieve this goal. For instance, China might import construction equipment or other products. It is possible to purchase aircraft from Boeing. This way China will fulfill the agreement and will boost the local aviation industry.

It won’t be easy to connect the trade deal with the aviation sector. Aircraft’s production takes time. Another issue is that Boeing typically receives most cash upon delivery. This happens when the aircraft is ready for export.

The aviation industry is developing in China. The country has the second-biggest economy in the world. Moreover, China is the most populous country in the world. In this situation, it is not surprising that local companies would like to acquire new planes.

The negotiations process between the U.S. planemaker and Chinese airlines experienced problems due to the trade war. Last time when the local airlines bought a significant number of planes from Boeing dates to 2018.

Chinese airlines are familiar with the whole process when it comes to purchasing airplanes from the U.S. planemaker. The trade deal should make it easier to order planes.

Boeing is producing multiple types of aircraft. Thus, Chinese customers can order narrow as well as wide-body airplanes such as Boeing 737 Max, etc.

Boeing is producing airplanes that are popular around the globe. Problems connected with Boeing 737 Max had a serious impact on Boeing.

In this situation, Boeing urgently needs new orders to stabilize the situation. Additionally, Chinese airlines should enlarge their fleets to satisfy demand.

Based on the information, the Boeing 787-10 should receive the first order from Chinese airlines. The reason why customers will place an order on this particular aircraft is that Chinese airlines are already using 787-8 and 9 versions.

The Boeing 787-10 is popular among the airlines from Asia. For example, Singapore Airlines was the launch operator. Moreover, Korean Air ordered 787-10 in 2019 during the Paris Air Show. Currently, Asian airlines account for 42% of the orders.

This variant is the newest and biggest Dreamliner. Moreover, it is the most expensive with a list price of $338 million versus the $293 million price tag for the nine versions. The list price of Boeing-8 is $248 million. However, people should take into consideration that plane makers can offer a discount of at least 50%. This is a standard practice in the aviation industry.

The larger price is beneficial for both sides. On the one hand, Boeing will make more money by selling more expensive Boeing 787-10. On the other hand, Chia will have the opportunity to comply with trade deal sooner by importing the U.S. airplanes.

Another plane that may benefit from the agreement is the Boeing 777-9. This plane is under development, and the list price of this plane is $442 million. The Chinese aviation industry has a huge potential and Boeing is willing to invest in this country.