Trade disputes and their influence on the stock markets

Home » Trade disputes and their influence on the stock markets

The trade war between the U.S. and China started in 2018. However, it is far from being over. In October, the U.S. and China reached an agreement regarding the “Phase one” deal. However, the date when the leaders will sign this deal is unknown. Recently, Trump made a comment which affected the stock markets.

Investors and analysts are trying to learn more about the future of this deal. However, Trump’s comment did more harm than good for the stock markets.

On Monday, Trump attended a meeting in London. He stated that he is not in a hurry to end the trade war with China.

Trump used his Twitter account to announce that he is going to impose tariffs on Brazilian and Argentinian steel. 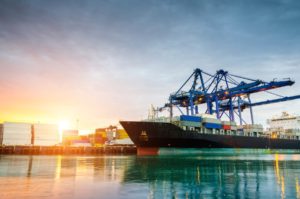 On Tuesday, the Dow Jones Industrial Average fell by 280.23 points to 27,502.81. It was the biggest one-day point and percentage drop since October 8. During the morning trade, Dow Jones fell by nearly 458 points.

It is worth mentioning that the shares of Caterpillar Inc. fell by 2%. Meanwhile, U.S. tech giant Apple lost 1.8%.

The PHLX semiconductor index, which is used to measure the performance of major U.S. chipmakers, declined by 1.5%.

The shares of the world-famous company PepsiCo Inc fell by 0.3%. The company decided to acquire the BFY Brands Inc. maker of PopCorners snacks, for an undisclosed sum.

On December 3, shares of E.L.F Beauty Inc. declined by 5%. The shareholder of this company, Marathon Partners, sent a letter to the board of directors. In this letter, Marathon Partners urged the company to think about a strategic overhaul, including a possible sale.