Trade Tensions between U.S. and U.K.

U.S. threatened to impose tariffs on U.K. carmakers. According to the U.S. treasury secretary Steven Mnuchin. The Trump administration plans to impose the tariffs if the U.K. doesn’t change its decision regarding a new tax on tech companies. This tax may affect trade between the countries.

Chancellor Sajid Javid attended the World Economic Forum in Davos. He stated that the U.K. has no intention to cancel the tax that will affect U.S. companies such as Apple, Amazon, and Facebook.

As a response to chancellor’s speech, Mnuchin threatened to impose tariffs on U.K. carmakers. The comments from U.S. and U.K. officials came during a panel discussion at the annual gatherings of business and government representatives in Davos.

A new trade deal with the U.S. is very important for the U.K. government. This deal will become even more important after Britain leaves the European Union at the end of this month.

The U.K. is not alone when it comes to imposing a digital tax on tech companies. For example, France is another European economic power that wanted to raise money from foreign companies by using this tax.

However, France decided to suspend the introduction of the digital tax. This happened after the U.S. threatened to impose new duties on French exports of wine, cheese, and handbags.

Presidents Donald Trump and Francois Macron discussed the topic during the meeting in Davos. They agreed to extend negotiations to the end of the year.

However, the U.K. has other plans when it comes to digital tax. Based on the comment made by the chancellor, the U.K. would like to see an international agreement. However, the country still plans to introduce this tax staring from April. 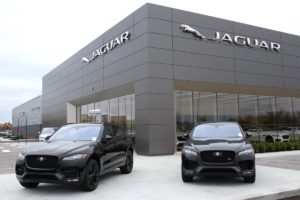 The situation is quite complicated for a number of factors. On the one hand, the U.K. would like to reach a trade deal with its strategic partner. On the other hand, the country wants to collect hundreds of millions of pounds thanks to digital law.

The U.K. plans to introduce a 2% tax on the revenues of search engines as well as social media companies and online marketplaces. Based on the information, by taxing all of the companies mentioned above the British government will be able to earn 500 million pounds.

Based on the government’s position, taxes should be based on where the digital activity takes place. Currently, companies are paying taxes based on the location of their headquarters.

One of the solutions to deescalate the tension between the countries is to reach is to wait for the multilateral agreement. Currently, the Organization for Economic Cooperation and Development (OECD) is working to find a joint solution.

Secretary-General Angel Gurria made a comment about the issue. According to Gurria, the U.K. should join forces with other countries to find a multilateral solution.

The Society of Motor Manufacturers and Traders underlined the importance of exploring all options.

U.S. market is important for the U.K carmakers, as it is the second biggest market after the EU. As a result, tariffs will significantly affect their operations. U.S. should work with the U.K. to reach a trade deal.