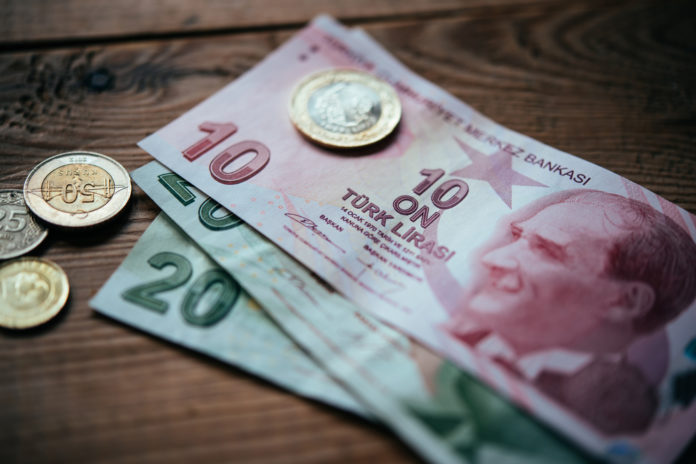 Recep Tayyip Erdogan remains in power for a long period of time. Recently, the country’s currency declined as much as 14% after President Erdogan removed Turkey’s central bank governor. As a reminder, Naci Agbal helped the Turkish lira to strengthen its positions.

Nevertheless, Erdogan replaced Agbal in a surprise move on Saturday, the third central bank governor exit in under two years. Importantly, this fact underlines the importance of this decision.

People should keep in mind that, Agbal became the governor in November. He started to raise interest rates to fight an inflation rate. It is worth noting that, the removal shocked both local as well as foreign investors. As a reminder, they praised the country’s central bank’s recent monetary policy.

Importantly, the fallout from the removal affected shares on the Istanbul stock exchange. Moreover, it raised concerns about the impact on Turkey’s borrowing costs.

Interestingly, after falling sharply, the Turkish lira recovered some ground to stand about 8% lower against the U.S. dollar. Moreover, the trading was suspended for a period after a sharp fall in share prices caused by automatic circuit breakers.

It is worth noting that, the authorities will be left with two options. The first one is to promise to use interest rates to stabilize markets. Another option is to impose capital controls. However, after taking into account Erdogan’s authoritarian approach, there is a high chance that Turkey will pick the second option.

Interestingly, the Turkish lira was at one point the best performing emerging-market currency of 2021. The country’s currency recovered almost a fifth from a low against the U.S. dollar.

The situation in the country is quite complicated. For example, there are now concerns that  Recep Tayyip Erdogan’s decision to appoint Sahap Kavciouglu in the role could erode the gains made during the previous governor’s short tenure.

People should keep in mind that, Turkey’s interest rate stands at 19%. This factor helped to attract foreign investors to park their cash in the Turkish lira.

According to the central bank, it will continue to use the monetary policy tools to reach a permanent fall in inflation.

The government should join forces with the country’s central bank to solve all issues as soon as possible.