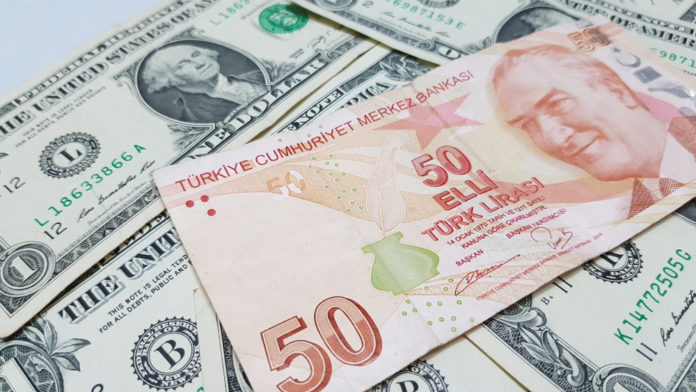 The Turkish lira had a downward run against the greenback in Monday’s trading sessions. The Turkish currency tumbled by over 1% which the forex market calls a “flash crash.”

The fall is caused by the Japanese investors cutting risk assets against the ongoing trade war between the US and China.

The USDTRY pair climbed to impressive levels of ₺5.7732 to ₺5.8495 in today’s trading. The greenback took advantage of the lira which opened its doors to a positive run.

The weakening Turkish currency also lost against other major currencies such as the Japanese Yen, Chinese Yuan, and Euro. Forex traders refer to the Turkish lira’s tumble as a “flash crash.” The main reason for its weakening is the intensifying trade tension between the United States and China.

The Chinese government’s announcement triggered Washington. And just last Friday, Donald Trump announced a new round of fresh tariffs that target $550 billion worth of Chinese products

A similar record of a flash crash by the Turkish lira was set on January 3, 2019, after a global market sell-off.

After that, the lira has made a recovery and has gained in recent months. Forex traders are saying that the Turkish currency failed to hold on to its gains due to the pressure.