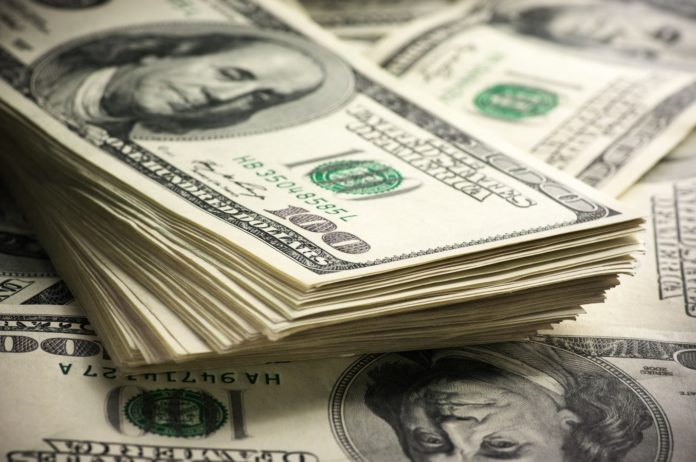 The dollar hit a fresh three-month high against other main currencies on Friday, as traders wagered strong U.S. jobs data could help to boost the greenback even further. The U.S. government will release the most anticipated economic report of the month in several hours.

The dollar index is on course for a further weekly gain – its fourth in five weeks – of nearly 1%. The index which tracks the greenback against a basket of currencies gained 0.1% on the day to 92.699.

The dollar reached its highest point against the euro in three months ahead of the report. The greenback added 0.2% on the day to $1.18235. It was broadly flat against two other major currencies, the yen as well as the pound.

Jobs data and its impact on the dollar

The Labor Department is expected to say the country’s economy added 700,000 new nonfarm jobs in June. That would be up from a weaker-than-expected gain of 559,000 in May, largely reflecting a labor shortage.

The manufacturing sector likely added 28,000 jobs in June, a slight improvement from May’s gain of 23,000.

The world’s largest economy continues to recover from the pandemic, but many employers are increasingly desperate to hire. Yet evidence suggests that as a group, people without a job are not feeling the same urgency to take jobs. Many people who are out of work are either seeking higher pay that they had in the past. Also, they are reluctant to take jobs in public-facing service companies for fear of contracting Covid-19.

As the competition to keep as well as attract employees intensifies, employers are offering higher pay and various benefits. The proportion of job advertisements that promise a bonus more than doubled in 2020. It won’t be easy to find employees, as many Americans still have health concerns about working in crowded places.

There is another important issue worth considering when it comes to the labor market. About 1.5 million people, mostly women, are no longer working or looking for and taking jobs. They had to care for children when schools and daycare centers stopped working in 2020. Another group which consists of older workers took advantage of enlarged stock portfolios and home values to retire early.