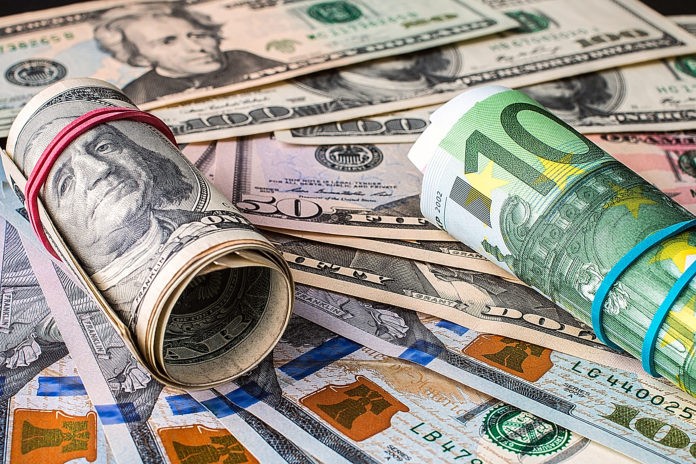 The U.S. currency held on to modest gains on Tuesday. The dollar index was higher by 0.27% at 97.686 against a basket of currencies.

Traders were torn between optimism about economic growth rebounding and concerns that a surge in new COVID-19 cases could jeopardize fast V-shaped recovery. U.S. home sales and Chinese factory’s recent data have been positive, though.

Wall Street rallied due to the news of the U.S. housing market quickly recovering in May. Still, U.S. Federal Reserve Chair Jerome Powell warned that the outlook for the world’s biggest economy was extraordinarily uncertain, keeping investors on their toes.

Meanwhile, the Euro dropped by 0.3% at $1.1209. Moh Siong Sim, the FX analyst at the Bank of Singapore, has said that markets are jumpy as tensions remain between economic and virus pickup.

California and Texas saw a record jump in new infections on Monday. In Britain, the authorities imposed a reinforced lockdown in the city of Leicester. The sterling remained under pressure due to concerns about a blowout in British public spending.

On Tuesday, the Pound traded at $1.2283 after tumbling down to a one-month low of $1.2252 on Monday. Investors are worried about how Britain’s government would pay for its planned infrastructure program. This was after Prime Minister Boris Johnson promised to increase spending.

What about the Japanese Yen and the Swiss franc?

The Japanese yen declined against the U.S. currency by 0.1% to 107.715 yen per dollar. The safe-haven Swiss franc also fell marginally. The greenback climbed up by 0.1% against the franc to 0.9521.

On the other hand, the Chinese yuan and the Australian dollar rose slightly after it became clear that China’s factory activity expanded at a stronger pace in June. The yuan edged up by 0.1% to 7.072 per dollar in offshore trading. But the Aussie soon reversed course and dropped by 0.2% to $0.6854.

So far, the market hasn’t reacted to the news that China’s parliament passed national security legislation for Hong Kong.

Jeffrey Halley, a market analyst at Oanda, noted that with most of the majors sitting mid-range versus the dollar, the lack of trading winds looks set to continue.