Home News Forex U.S. dollar is on the verge of the biggest weekly decline 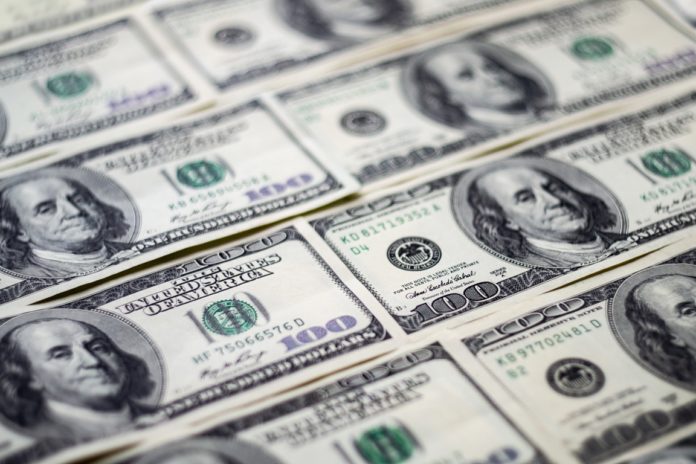 The U.S. dollar fell significantly during the last days. Trillions of dollars worth of stimulus efforts by the authorities and central banks helped ease massive sell-offs in global markets. However, today the greenback was on track for its biggest weekly decline in more than a decade.

The U.S. currency hit high in March as the investors were trying to hoard as much cash as they could. They bought the dollar both because it was the world’s most liquid currency, and because it was considered a safe haven.

However, the greenback’s high hasn’t lasted long. Central Banks coordinated efforts around the world to increase the supply of dollars. Those measures have supported a rally in other major currencies. And big government spending pledges, a $2.2 trillion U.S. package among them, further lowered the dollar.

On top of everything came an unprecedented high rate of U.S. jobless claims on Thursday, which underscored the coronavirus’s impact on the country’s economy, weakening the greenback even more.

While the dollar managed to edge up by 0.2% against major currencies later on Friday, the currency is still down by almost 3% this week, which is its biggest decline since May 2009.

Against the yen, the dollar dropped down by 0.7% to 108.855 yen on Friday. The U.S. currency was almost steady against the Australian dollar and the Sterling as they consolidated the week’s gains.

While the Euro slid down by 0.2% to $1.10080, it is still gaining almost 3% over the dollar this week. However, the dollar increased by more than 1% against the export-exposed South African rand and Norwegian crown.

What do the analysts say?

Analysts at MUFG noted that the sharp reversal of the U.S. dollar on Thursday was clear evidence that the deluge of measures from the Fed to address dollar liquidity problems was finally becoming more successful.

They believe that the dollar will continue falling after this crisis. However, experts also said that assuming the dollar remains low right now is a little premature. Investors need to wait and see if a trend of USD weakness becomes established.