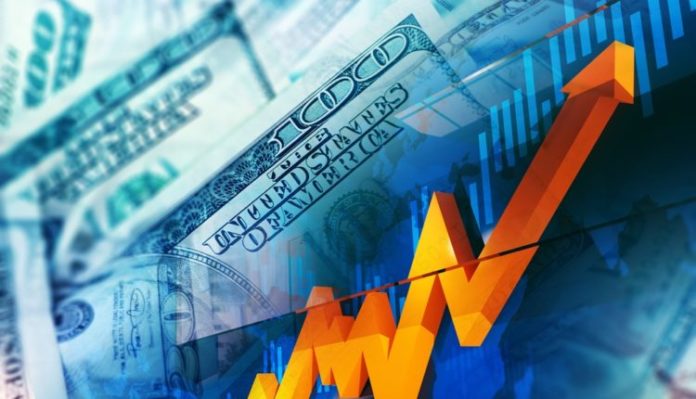 The U.S. dollar is the world’s reserve currency. It makes sense as about 60% of foreign exchange reserves are held in U.S. dollars. Thus, it is likely to remain the main currency at least for the foreseeable future. Moreover, it is easier for the U.S. to run higher trade deficits with a greatly postponed economic impact or even postponing a currency crisis.

Furthermore, the U.S. dollar remains the preferred reserve currency because of its stability along with assets such as U.S. Treasury security that have both scale and liquidity. This is not the end of the story, the dollar’s role as the undisputed reserve currency of the world allows the U.S. to apply unilateral sanctions against actions performed between other countries.

Interestingly, the U.S. dollar strengthened its positions against the pound, yen as well as commodity currencies. In spite of the fact that oil prices remain above their highs. As a reminder, in the forex exchange market, commodity currencies generally refer to the New Zealand dollar, Norwegian krone. Moreover, South African rand, Brazilian real, Russian ruble, as well as Chilean peso. Importantly, commodity currencies’ nature can allow forex traders to more accurately gauge a currency’s value and predict movements within markets, based on the perceived value of the correlated currency.

Furthermore, the euro stands out by holding up relatively well, partly due to rising bond yields in the old continent.

As mentioned earlier, the U.S. dollar is one of the most if not the most important currencies in the world. Let’s have a look at the other interesting information as well, to learn more about the situation.

Interestingly, stocks were able to digest higher bond yields while they were rising slowly. However, the surge of basis points in the benchmark ten-year Treasury yield to 1.61% already triggered a sell-off in global stocks. Moreover, as of Friday, returns have fallen back, with the ten-year yield dipping below 1.50%.

It is worth noting that, investors are repricing the chances of a rate hike by the Federal Reserve. As a reminder, growth prospects are partially based on President Joe Biden’s proposed $1.9 trillion stimulus package. However, Elizabeth MacDonough, the Senate parliamentarian, ruled that a hike in the minimum wage can’t be included in the package. This decision complicated the situation. At the moment, it is unclear how Democrats, divided on the topic will proceed.

As stated above, the U.S. dollar is the main beneficiary, surging against the pound, yen, and commodity currencies.