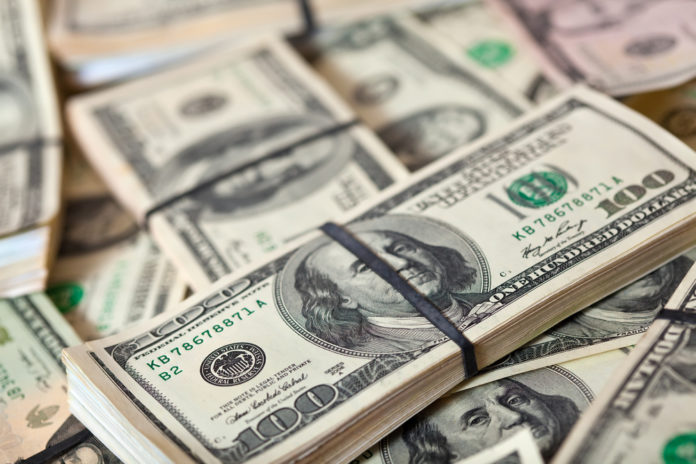 The dollar soared by 0.2% to 107.10 against the safe-haven Japanese yen on Thursday. The greenback strengthened as traders focused on poor Chinese retail sales instead of its stronger than expected economic growth in the past quarter. However, the focus is now shifting more to the European Union summit this weekend.

On Thursday, the euro was trading lower by 0.1% at $1.1401. It remained mostly stable, shrugging off the outcome of the European Central Bank meeting. The ECB left monetary policy unchanged after taking unprecedented measures over the past four months to help the economy, which is fighting with the effects of the pandemic.

Analysts noted that the EU summit would overshadow the ECB announcement. European countries are expected to vote on a 750 billion euro ($856 billion) recovery fund on the summit to revive euro area growth. Meanwhile, the British pound declined by 0.3% to $1.2552.

Surging U.S. coronavirus cases weighed on equity markets, which in turn supported the greenback, a proxy for global risk sentiment.

Stephen Gallo, the European head of FX strategy at BMO Capital Markets, stated that no one really wants to buy more equities here because they’re worried about the second wave of Covid-19.

Investors are also concerned about the pace of corporate earnings deterioration. However, they don’t want to be massively short either because the central banks are active.

U.S.-China tensions are causing turmoil on the markets

According to the New York Times, Trump’s administration is considering a sweeping ban on travel to the States by Chinese Communist Party members.

While China’s 3.2% economic growth in the past quarter beat market expectations of 2.5%, an unexpected drop in retail sales was unwelcome news.

The Australian dollar dropped below 70 cents after some data was released. It traded lower by 0.3% at 69.84 against the U.S. dollar by the end.