Trade tensions with various countries around the world will affect the U.S. economy in 2020. The date when the leaders of the U.S. and China will sign the phase one trade deal remains unknown. As a reminder, the U.S. and China reached the agreement in 2019.

Unfortunately, the trade war between the largest economies in the world is not the only problem for the economy. Trump administration initiated the trade disputes with other countries as well including EU member states. One of the countries that have to deal with tariffs is France.  Last month, U.S. Trade Representative proposed punitive tariffs on $2.4 billion in imports from France.

According to U.S. officials, a new French digital services tax would cause problems for U.S. companies. Trump administration decided to respond with tariffs on French products including sparkling wines and other goods.

The U.S. already imposed 25% tariffs on European products such as Airbus jets, European cheeses, and wines, etc. It means that new tariffs will add to the ones that are already in place. In December 2019 U.S. stated that it could raise those tariffs to 100%. Moreover, it may add other European goods as well. Based on the U.S. position, the only way to avoid this possibility is to reach an agreement.

U.S. President Donald Trump is using those tariffs as well as the threat to impose them, to force France and other countries to sign the agreements based on U.S. conditions. He believes that they will pay the cost of such tariffs. However, economists do not agree with his opinion, according to them companies, and finally, the customers will have to pay for those tariffs.

The wine industry and economy 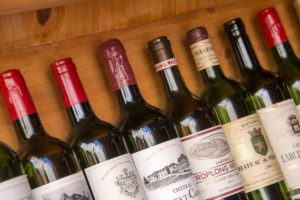 One of the U.S. industries that may lose a huge sum of money is the U.S. wine industry. Ben Aneff, a managing director of Tribeca Wine Merchants. He compared the current situation to the prohibition era. It means that the condition is very serious, to say the least as companies are trying to prepare for the worst-case scenario.

Based on the information provided by the Wine & Spirits Wholesalers of America, 100% tariffs on French sparkling wines would affect the wine sales. This organization estimates that overall, U.S. wine sales would decline by nearly 2%. As a result, 17,000 employees will lose their jobs and the U.S. economy will lose $2 billion.

Another problem is that it won’t be easy to convince customers to buy other wines, as people are used to specific products.

According to the preliminary information, due to the problems connected with European wines, revenue would fall by $10 billion. Moreover, 78,000 U.S. workers will have to find other jobs. Those tariffs would create serious problems for the 47,000 wine retailers and more than 6,500 importers as well as distributors.

The U.S. imposed 25% tariffs in October and companies are trying to deal with the new reality.  However, it will be tough to absorb 100% tariffs.

One of the solutions is to reach an agreement with the EU regarding aircraft subsidies. Also, another step that will help the wine industry created global taxation rules in cooperation with France and other countries. It is possible to achieve this goal under the auspices of the Organization for Economic Cooperation and Development.